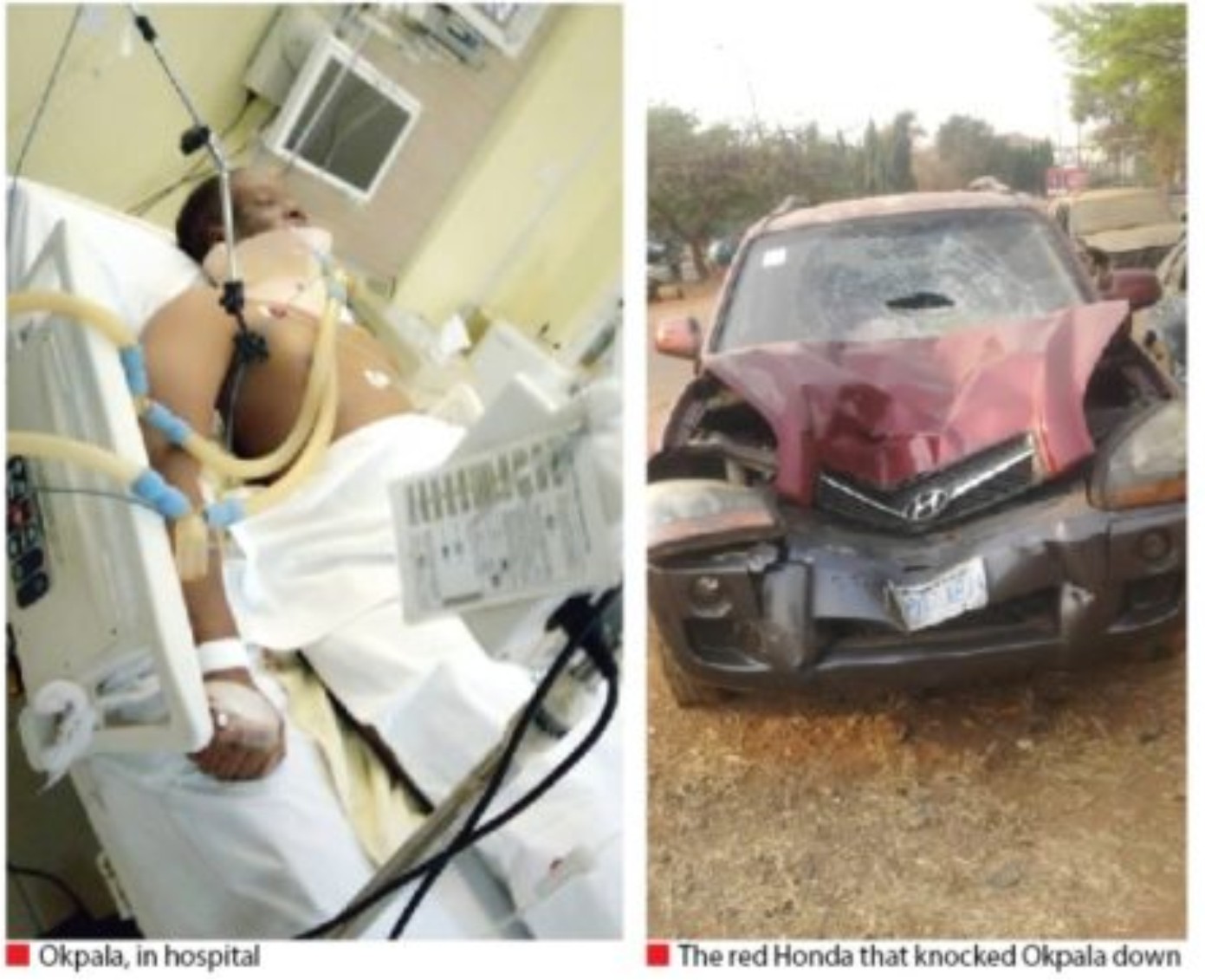 On the evening of January 23, a 200-level student knocked down by a car was rushed to the National Hospital’s Trauma Centre, Abuja.

“The only time he ever spoke was when he gave his name,” his father recalls days later in a chat with Daily Trust Saturday.

His death has plunged his family into grief; it has also exposed the National Trauma Centre to public scrutiny.

The Akpala family has accused the hospital of killing their son after it failed to properly diagnose his condition.

“He had fractured legs and abrasions. Pulmonary embolism was the cause of death four days after the accident,” says his mother Judy Akpala, in posts she has shared since her son’s death.

“National Hospital was rather treating him for possible internal head injuries. Every second counted. He fought for his life. NHA did nothing to save his life in the most critical hours.”

The hospital has reacted to the posts, saying the 17-year-old was an “obese man, registered as unknown” because he had been brought in unconscious.

“He was unstable, given three units of blood, Clexane and was admitted in the intensive care unit and put on life support (ventilator). His condition further deteriorated despite treatment.”

But the process of determining conditions to treat did not come easy.

Akpala attended an education fair that Wednesday, and was crossing a road to catch a cab home when a red Honda ran into him. The driver rushed him to hospital, paid initial bills, reported to the police, and stayed with him until the next day when his parents were notified.

When his mother arrived on Thursday, a tending nurse assured her Akpala was out of danger, had only some internal bleeding, and would even begin feeding through a tube the next day.

“We kept on insisting there’s need for a CT scan to be done to know if there’s a threat to his life,” Judy recalls.

They were told the hospital’s CT scan machine had packed up on the Wednesday the teenager was brought in, “and that they were working on it,” she says. “They were just giving us hope that the CT scan will work.”

“What about X-ray?” she recalls asking. “The nurse pointed at the wall and said, ‘see x-ray there, not working.’”

By Saturday morning, her son was “gasping for breath,” she recalls.

“I saw the air pressure machine showing red, the blood pressure was high. I said, ‘nurse, what can we do? This boy’s condition, I don’t like the way I’m seeing him.’ She said I shouldn’t teach her her job, that don’t I know this boy has brain injury.”

The family says that was the first mention of brain injury.

“I was like, ‘brain injury? This boy has brain injury and you people have not done a test?”

After being told the hospital’s CT scan was out of order, the family had requested their son be released for a scan elsewhere. Money was no object. “Nothing I wouldn’t do to take my son to the best hospital,” says his father Paul Akpala, after whom his son is named.

But the patient was on a ventilator-a life support system to help him breathe.

“They said the ventilator’s battery was weak and that moving him without a ventilator was just taking a chance,” the man who brought him in recalls.

“On Saturday, they still said the same thing. I asked for the price of the ventilator battery; they said N10m. I went to the main ICU to ask if there is anywhere one could be borrowed. They said as far as the National Hospital is concerned, none was working. While this was happening, they didn’t deem it fit to refer us anywhere.”

The pressure came to a head after two doctors faced off over the patient, the family says.

When Paul Akpala, who works in Port Harcourt, arrived that Saturday morning, the “doctor called him and just told him ‘the chances of your son living…what he has is 48 hours,” Judy says.

Days later, in response to the hospital’s statement, Judy explains: “It was after Dr Henry told my husband that my son had less than 48 hours, and the pressure from his family, that Dr Odenigbo agreed with family for the CT scan to be done.”

A ventilator suddenly emerged from the main ICU, the Akpalas say. “We found out the ventilator wasn’t good. They were using big spanners to tighten up the machine,” according to Judy.

“Although the CT scan is under repair in our facility, when it became necessary to have a CT scan, patient was moved to a diagnostic centre on ventilator accompanied by two senior doctors and a nurse,” Haastrup said.

The family paid for an ambulance, the father went ahead to LifeBridge, a private diagnostics centre, to pay for the scan and have a team on standby.

It was pulmonary fat embolism-essentially micro droplets (or emboli) of fat flowing free and causing blockages. They easily come from fractures to long bones. Akpala had four fractures, and the blockage was in his lungs.

It was suggested he would need his legs encased in Plaster of Paris, for which N20,000 was paid by the man who brought him in. Until his death, Akpala’s legs were swathed in just bandages.

Once observed, fat embolism can be treated. No one ever suspected it in Akpala’s case.

After the scan, the family opted for a corrective “surgery” but National Hospital turned down the idea and said personnel would be on standby to perform any procedure once Akpala returned-and would take the patient straight into theatre.

The hospital has defended its decision. “Pulmonary fat embolism does not require surgical operation; hence the patient was moved back to intensive care unit,” says Haastrup.

Upon return, “instead of moving straight to the theatre, they brought him back to the ICU,” recalls the teenager’s mother.

With brain injury ruled out, the neck collar around Akpala’s neck was taken off. He was off the ventilator that had followed him to LifeBridge and put back on National Hospital’s.

The effects of fat embolism were already taking hold. The family was screaming for doctors when his mother went into the ICU. “I saw my son helpless,” she recalls.

“The pressure had started again. They told us to leave the place. Within five minutes, I heard that alarm when the heart has stopped. I didn’t want to accept he was the one. But eventually they called my husband and said, ‘Your son couldn’t make it, your son is dead.”

The moment lingers in her mind. She expected a countershock to resuscitate her son’s heart, she says, but “they just allow the person to just die and go like that.”

The hospital issued a death certificate, citing “pulmonary fat embolism” as “direct cause of death”, cardiopulmonary arrest” as “antecedent cause” and “severe traumatic brain injury” as “other significant conditions”.

Judy has issues with it. “What aches me is that it is reading a different thing from what the scan gave. The hospital acted on assumption and were treating my son for something that wasn’t even what was wrong with him,” she says.

“I still hurt. Is it that there is something I didn’t do or something that needed to be done that I didn’t do?”

The hospital said, “We state unequivocally that the hospital did the best in this circumstance.”

Since Judy’s post about her son went public, other families have related their own experiences with the nation’s number-one trauma centre.

“I know that my son cannot come back; he’s gone,” says Judy. “But I don’t want a recurrence for another Paul.”