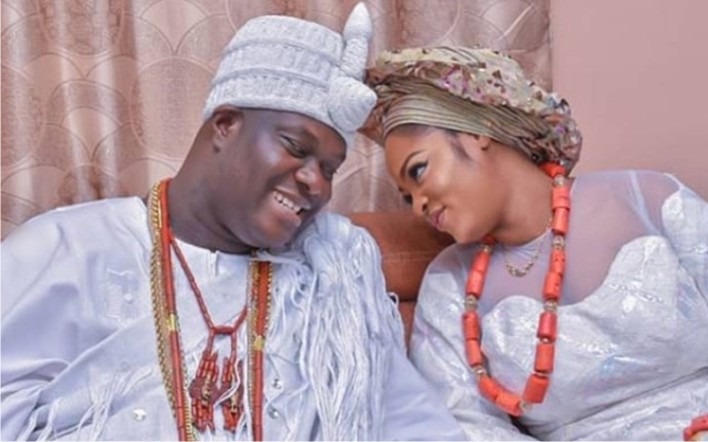 The Ooni of Ife, Oba Adeyeye Enitan Ogunwusi, and his wife, Oloori Silekunola Naomi have finally welcomed a son.

The monarch announced the arrival of the new prince on his social media on Wednesday morning.

He wrote; “To God be the glory great things he has done.

“Hearty congratulations to the entire House of Oduduwa and Olori Silekunola who today birthed a Prince to the Royal throne of Oduduwa.

“Mother and child are doing well to the glory of God Almighty,” he added.

Meanwhile, there were speculations few weeks ago that the Queen already gave birth. But the Director of Media, Mr Moses Olafare told Newspot that the story was untrue.
“It’s untrue,” Olafare said.