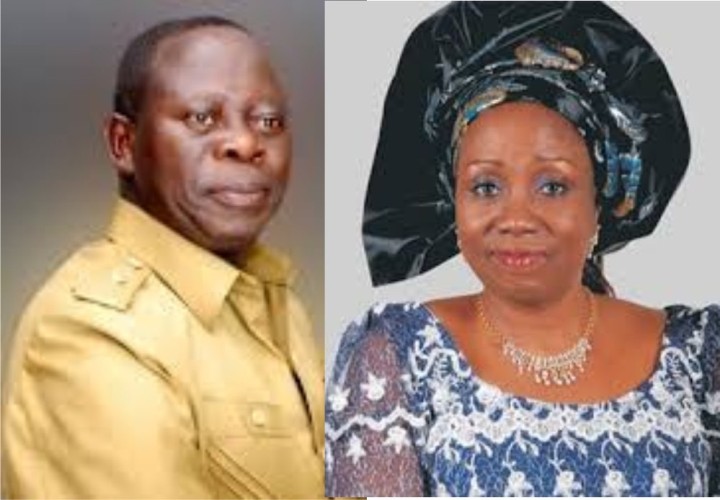 The National Chairman of the All Progressives Congress (APC), Comrade Adams Oshiomhole, has disclosed how wrong diagnosis led to the death of his wife, Clara, and called for a review of Nigeria’s medical system so that doctors treat patients only in the area of their competence.

Oshiomhole said this on Thursday at the Founders Day and Launching of Endowment fund of the University of Bénin Teaching Hospital (UBTH), The Sun reports.

Oshiomhole said wrong diagnoses could be prevented by governments if it provides robust regulation in the health system.

‎Oshiomole who said he was at the event in his private capacity, told the gathering that he would have sued the doctors if it were in another clime because his wife was a victim of quack medical doctors.

‎“You visit a hospital, one doctor is a gynaecologist, psychologist, paediatrician – the doctor treats everything. My wife was unfortunate to have been diagnosed as having something different while the cancer in her breast was growing.

‎“This generalised system of medical system is what we must review. It is not the task of government that things are not working. People elect government to make things work. That was why I decided to build what I called ‘Five Star’ hospital to replace the decayed Central Hospital. I do hope that one day that hospital will open and you will see the equipment.

‎“One thing we need to do is appropriate compensation. When we have the right policy framework, the other level of compensation, people are paid according to their work; I believe doctors working outside the country will come back,” Oshiomhole said.

‎In his speech, former Head of State, General Yakubu Gowon, hailed late Dr. Samuel Ogbemudia and late Prof. Tiamiyu Bello-Osagie, for ensuring local people got access to tertiary health services instead of travelling to Lagos or Ibadan and expressed joy that the UBTH has served the people well.

‎“In terms of training and research, the UBTH has performed excellently well in collaboration with UNIBEN,” he said.

‎Represented by Dr, Shaibu Belgore, the minister disclosed that the country lost a whopping $1billion to medical tourism last year, adding that Nigerians seeking medical care abroad was as a result of lack of confidence in the nation’s health system.

Ehanire, while challenging Nigeria hospitals to aim higher and compete for excellence internationally,‎ noted that the problems in hospitals in the country were not due to lack of equipment or expertise but a challenge of trust.

‎“Improvement is urgently needed in all aspects from environmental upgrade to tip-top house-keeping, from prompt and polite attention to patients at first point of call especially registration.

‎“It goes more than simply pumping more and more money into operations. It requires re-dedicating yourselves to fight wastage, leakage and damage to better optimisation of resources and assets,” he said.

‎Earlier, the Chief Medical Director of UBTH, Prof. Darlington Obaseki, while admitting that Nigerians travelling abroad for medical attention was an indictment, however said the hospital has the manpower to provide the required high class care and urged Nigerians to support the hospital to strengthen its service through the provision of necessary equipment.