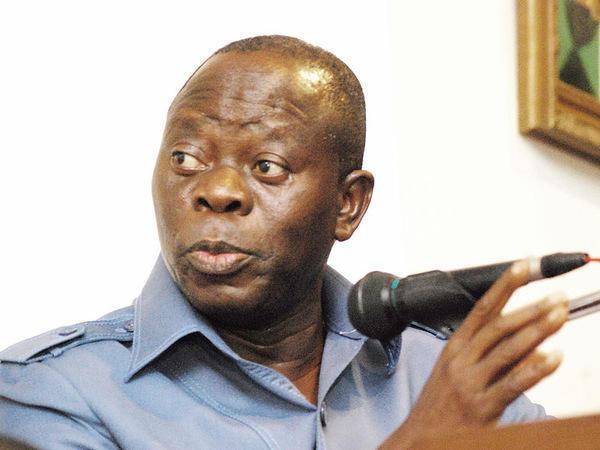 The Senator-elect for the Osun East Senatorial District, Mr Francis Fadahunsi, on Friday said that the directive by the National Chairman of the All Progressives Congress, Mr Adams Oshiomhole, to senators-elect from the party regarding the election of principal officers for the 9th Assembly was like a head master giving instructions to his pupils.

Fadahunsi, in a press statement signed by his media assistant, Sam Segun-Progress, cautioned that with the way the party was going about the issue, it could present Senator Ahmed Lawan as a stooge of the executive.

The statement partly read, “What is the business of the executive with the election of principal officers of the National Assembly? The way the party is going about it is exposing Senator Lawan. The action of the National Chairman of APC, Adams Oshiomhole, is like that of a headmaster giving instructions to his pupils.

“The APC ought to be discreet with its lobbying, not grandstanding about imposing an anointed candidate on senators. This is because the party is exposing Senator Lawan to the danger of being viewed and labelled as a stooge of the executive.”