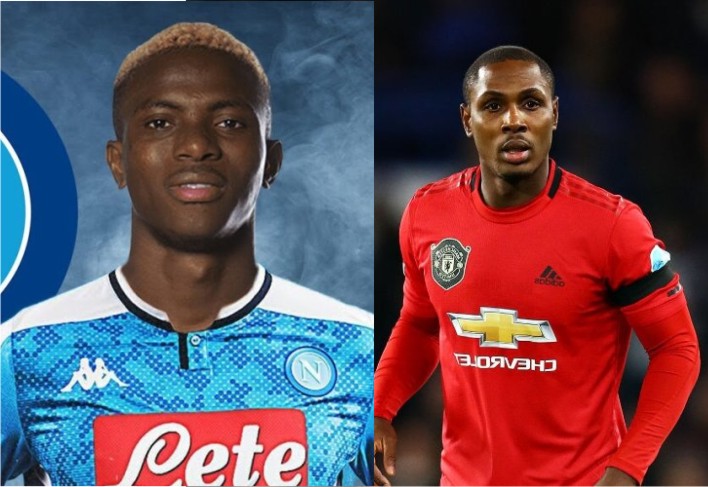 Victor Osimhen’s brother has revealed he turned down a potential move to Manchester United before joining Napoli for a record £54million deal.

The 21-year-old promising striker moved to the Italian club from Lille earlier this summer in the big-money deal, which made him Nigeria’s most expensive player.

Speaking in a new interview with Complete Sports, his brother, Andrew Osimhen disclosed that United were interested in signing him, but since his fellow Nigerian Odion Ighalo is already at Old Trafford, Victor decided not to make the move out of respect.

‘It is very true that Manchester United wanted Victor but he told me something like he had too much respect for Odion Ighalo to be competing for shirts with his senior colleague,’ Andrew said.

‘My brother holds Ighalo in high esteem and he just didn’t see himself going to Old Trafford to battle for a striking role with the highest goalscorer at the 2019 AFCON in Egypt.’

Ighalo joined United on loan from Shanghai Shenhua in January and his deal with the club has been extended until the next year.

Osimhen was linked with a number of Premier League clubs but ended up joining Napoli. So far, the young striker has already recorded double hat tricks for the his new club.