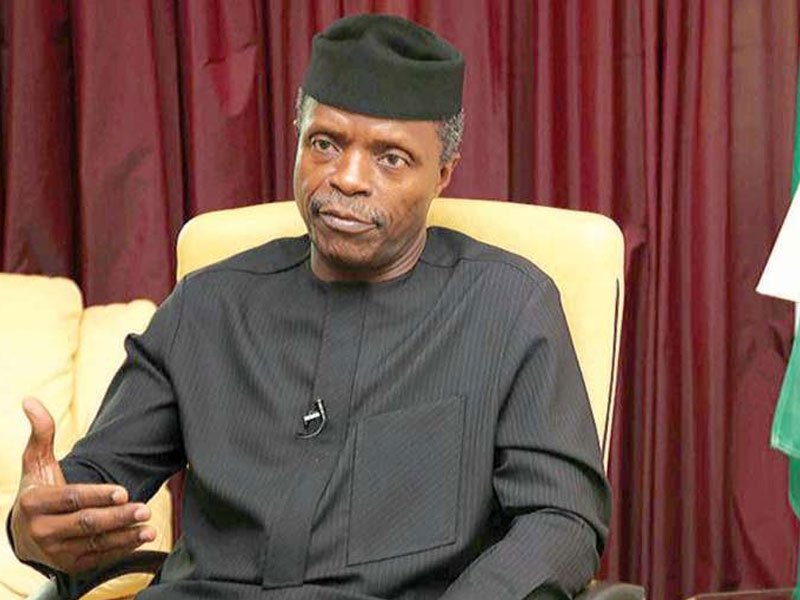 Media aide to Vice President Yemi Osinbajo has apologized after security aides assaulted a journalist at the banquet hall of the presidential villa in Abuja where the Nigerians in Diaspora Commission (NiDCOM) chaired by Abike Dabiri-Erewa organised  a summit.

Recall that we reported that Abayomi Adeshida, a photo-journalist with Vanguard was taking photographs of the vice president at the exhibition stand when Department of State Services (DSS) operatives pounced on him as Osinbajo was being presented a copy of the magazine as souvenir. Read here.

The photo-journalist later told his colleagues that he was not told his offence. He said he did not do anything out of the ordinary before the security operatives started hitting him.

Eyewitnesses who were present later disclosed that though there was a misunderstanding between the journalist and the security operative, the journalist was not ‘beaten up’ as was widely reported. Read here.

Reacting to the backlash that trailed the incident, Osinbajo’s media aide Laolu Akande apologized publicly on his behalf. He further disclosed that the issue has been resolved.

He tweeted “The needless scuffle btw a villa accredited photographer, Mr. Adeshida & one of our security aides earlier today has since been resolved. Incident is regretted & I have apologized to him for any embarrassment caused. ”

Also commenting on the viral list of sacked aides of the Vice President, Akande said it should be ignored.

“Also, a list circulating in the media on d so-called sacked ……presidential aides is not genuine and ought to be ignored” he tweeted.