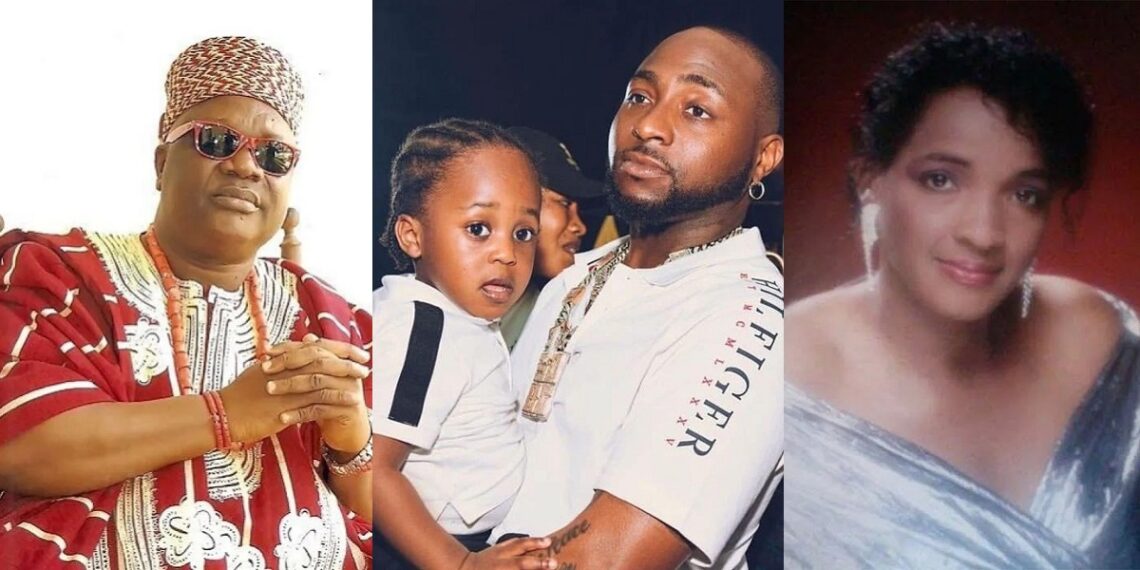 The Orangun of Oke-Ila in Osun State, Oba Adedokun Abolarin, has sent his condolences to singer Davido over sad passing of his son, Ifeanyi.

The monarch, in a comment shared via his Facebook page, said he is deeply saddened by the three-year-old’s demise who died after drowning in the swimming pool in his father’s Banana Island home in Lagos.

He said he is deeply hurt because Davido’s late mom, Veronica Adeleke, saved his own son from drowning about 25 years ago, but sadly there was no one to save her own grandson when he was in the same position.

According to him, he can’t question God over the tragic incident and prayed for the toddler’s soul to rest in peace. He went on to describe Davido’s late mom as a good woman.

“So sad, it was David’s mummy, late Dr Veronica Adeleke that rescued my own son inside the swimming pool some twenty five years ago. I am sad, what Veronica did for my son years back nobody, I mean nobody to play that same role for Veronica’s grandson, Ifeanyi!!! Who are we to query God, may his soul rest in peace and may Veronica’s soul continue to rest in peace. Fantastic woman!”