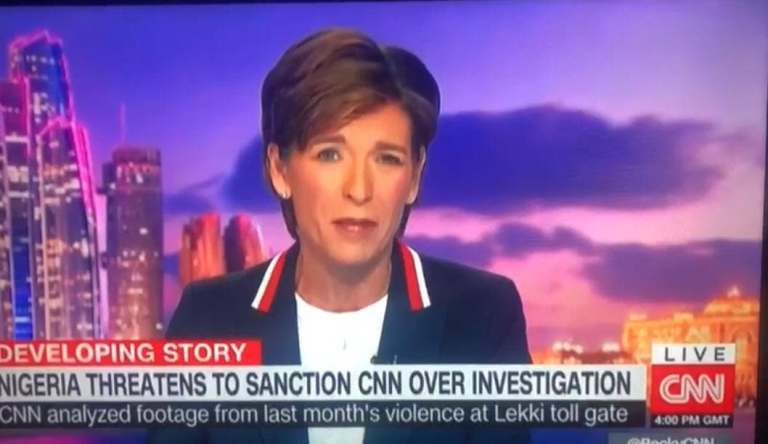 Following the threats of sanctions from the Federal Government of Nigeria, Cable News Network (CNN) has insisting that it stands by its report.

The International media outlet said its report was based on testimony from dozens of witnesses and verified footage of soldiers appearing to shoot in direction of protesters.

A statement by its spokesperson read, “our reporting was carefully and meticulously researched, and we stand by it.

The threat of sanctions was made by Minister of Information, Lai Mohammed in a press conference earlier on Thursday, where he maintained that the military fired blank bullets at the Toll Gate and not even at protesters but into the air.