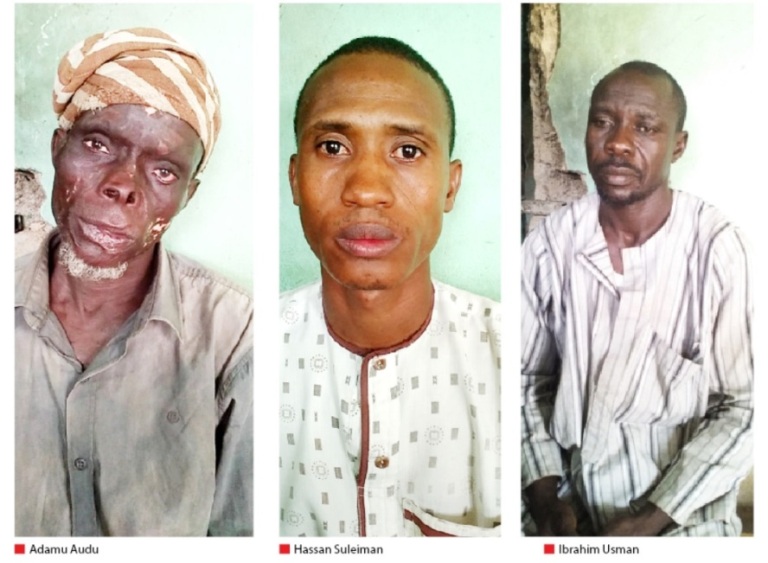 There is currently an outrage in Kaduna State over the decision of an upper Shari’ah court sitting in Tudun Wada, Zaria, to sentence three rapists to one year imprisonment with an option of N7,000 fine, according to a report by DailyTrust.

The report states that the judge of the court, Malam Iliyasu Muhammad Umar, ruled that the three suspects will serve one year jail term or pay N7,000 fine with 20 strokes of the cane.

While presenting his case at the court, Prosecutor Yahaya said the offence committed by the suspects contravenes sections 222 and 117 of the Penal Code.

According to investigation, the trio, Hassan Suleiman, Ibrahim Usman and Adamu Audu, lured their victims while on their way to school.

While Hassan Suleiman and Ibrahim Usman used to intercept the 9-year-old girl and rape her, Adamu Audu’s victim is a 10-year-old girl. .

The two girls are both attending an LEA Primary School in the Tudun Jukun area of Zaria. According to reports, the crime had been going on for many months before the suspects met their waterloo. .

Many residents of Zaria and human rights activists have, however, condemned the verdict, especially based on the fact that he did not support his decision with any provision of Islamic jurisprudence, as Shari’ah is the status of the court. .

Meanwhile, Kaduna State Commissioner for Women Affairs, Hafsat Mohammed Baba, has said her ministry would follow up the case to ensure justice is served, adding that the verdict would only encourage rapists.