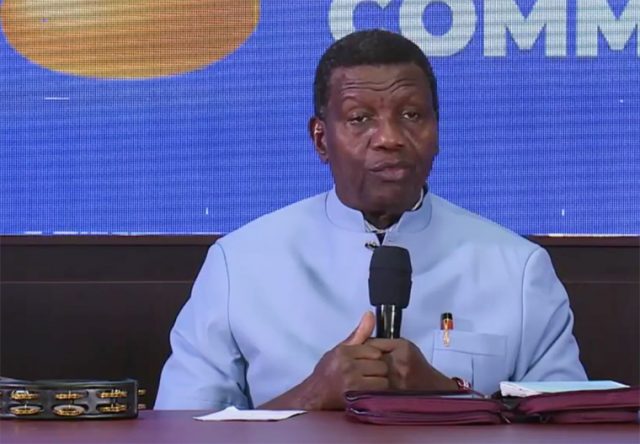 The popular Clergyman and leader of the Redeemed Christian Church of God (RCCG) said this during the January Holy Ghost Service held on Friday, the 6th day of January.

In a video now shared online, he said,

“I watch it on the news. If human beings promote you, oh, I don’t know whether I should say this. I’m sure you have been watching the campaign rallies, I watch it on the news. I don’t know if you have noticed that two different people don’t hold their campaign simultaneously in a town. Have you noticed that? You don’t know why? Because majority of the crowd, majority are rented. So I come, I pay, you gather. After I’ve gone, another man comes, he pays, you gather.

“Daddy, you keep on saying that you haven’t heard from God about who will win or who will…’ Maybe because there are several things occupying my mind and one of it is; when I see the crowd gathering and if you look at the crowd majority of them crowd are young. When I see the hundreds of thousands of youths, you have to be jobless to be attending all these rallies. What is going to happen when the campaigns are over?”