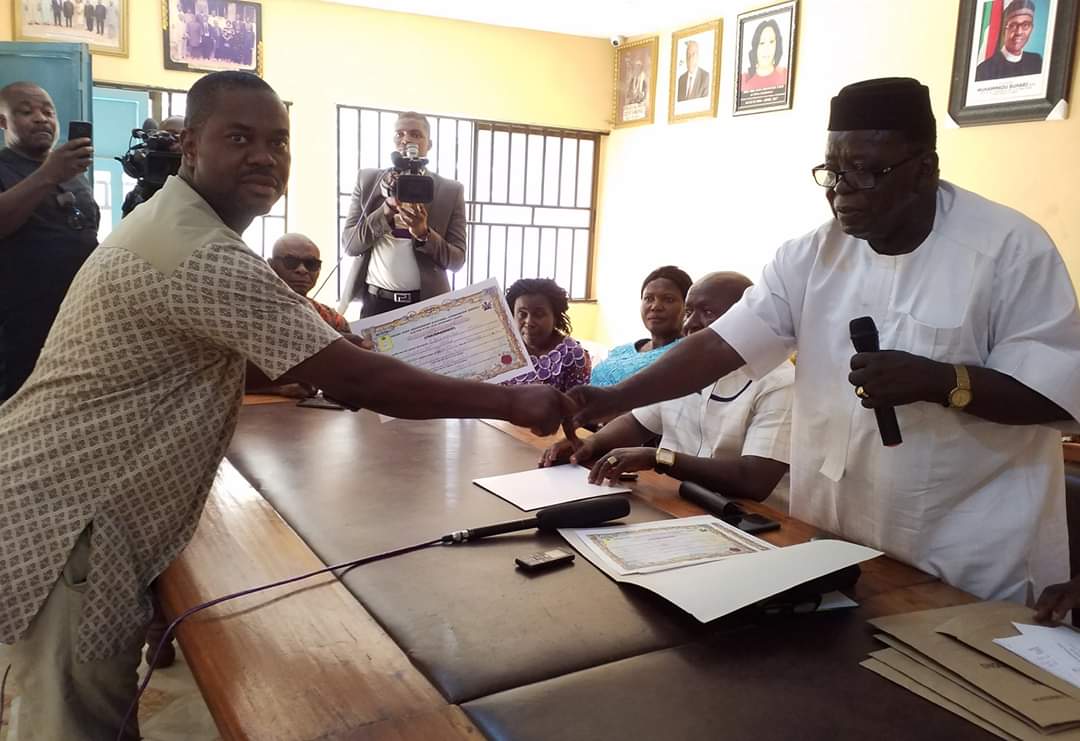 Following successful conduct of the Local Government elections in Enugu State, on Saturday, the State Independent Electoral Commission (ENSIEC), has declared candidates of the Peoples Democratic Party (PDP) winners of Chairmanship and Councillorship seats contested in all the 17 Local Government Areas and 260 electoral wards in the state, respectively.

Declaring the results at the ENSIEC headquarters, on Sunday, the Chairman of electoral body, Dr. Mike Ajogwu, SAN, stated that the elections were peaceful, free and fair and in accordance with the electoral acts as well as guidelines and timetable of the commission.

The ENSIEC Chairman, who announced the results of the chairmanship election, stated that candidates of the PDP got the highest number of votes cast in the 17 LGAs of the state, declaring them winners.

Reaction from the PDP

Reacting to the party’s landslide victory, the Peoples Democratic Party (PDP) expressed gratitude to the people of the state, especially the electorate, for electing its candidates in all the elective positions, through peaceful and credible exercise.

In a statement by the State Chairman of PDP, Hon. Augustine Nnamani, the party congratulated its candidates for emerging victorious at the polls.

The party also commended Governor Ifeanyi Ugwuanyi for providing an enabling environment for the conduct of the elections and went further to applaud the Enugu State Independent Electoral Commission (ENSIEC) for providing a level playing ground for all the participants, which ensured that the exercise was peaceful, free and fair.

Hon. Nnamani equally lauded the professionalism and commitment exhibited by the security agencies and other relevant stakeholders in the state, towards the successful prosecution of the electoral exercise, stressing that “the PDP will continue to grow from strength to strength in Enugu State”.