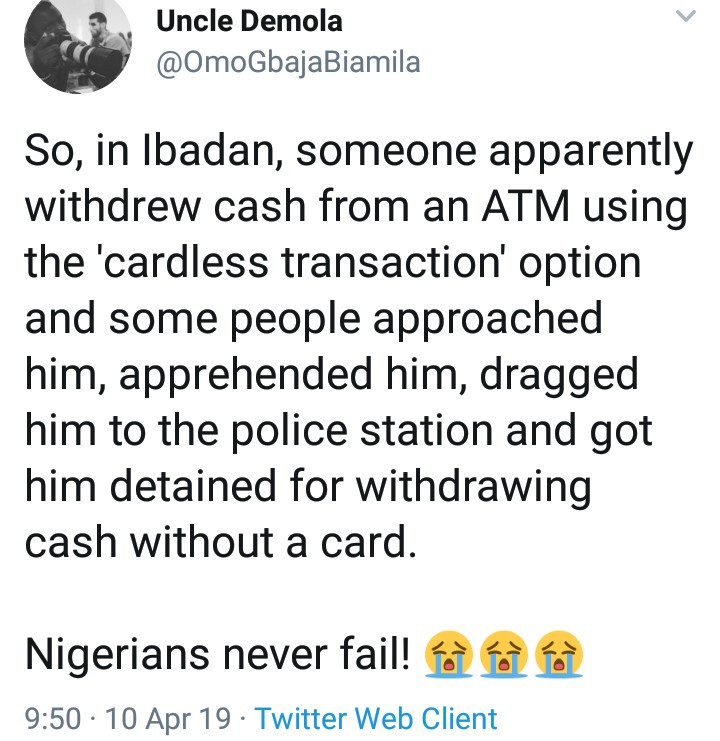 Okay! The story started with a mild drama that happened today at an ATM centre in Ibadan. A man had gone to the ATM to withdraw cash with the ‘cardless option.’

That the guy was able to get cash out of the machine with a card obviously got those who were there apprehensive.

They shockingly assumed that the guy was a fraudster. So, they dragged the innocent guy to the Police station, got him arrested before the matter was settled.

So, Twitter users have been left amused by the story and began to tweet about it. Some are thankful they reported to the police and didn’t take the law into their hands. But, the reactions are really funny.

Read the Tweets below.