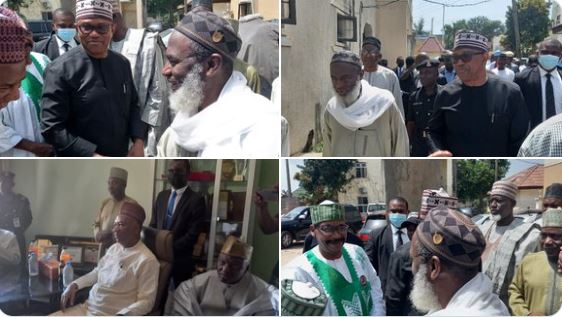 Mr Obi was in the company of his running mate, the vice presidential candidate of LP, Dr Datti Baba-Ahmed and some members of his campaign team on the courtesy call at the residence of Gumi in Kaduna.

Gumi has been in the eye of the storm for a while over his role in the negotiations between government officials and bandits in some northern states of Nigeria.

See more photos from the visit below.

See some of the reactions from Nigerians after the photos surfaced online.