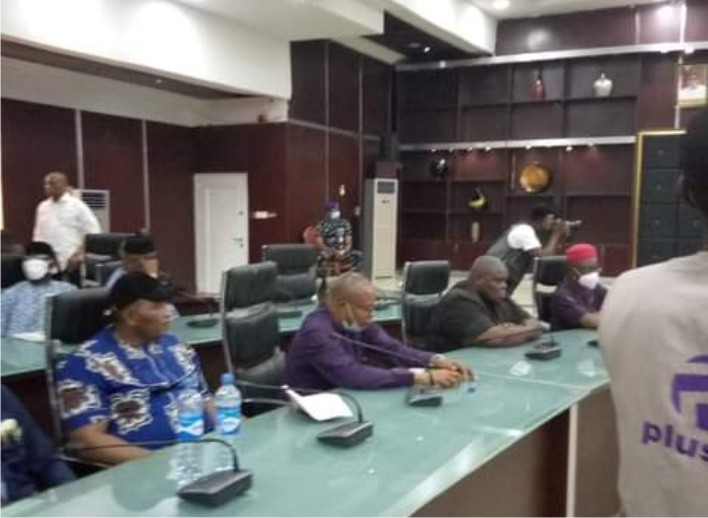 The now former Speaker of Imo State House of Assembly, Chiji Collins was impeached by his colleagues today, November 13, 2020.

He was replaced by Paul Emeziem from Onuimo Local Government Area who was elected as the new Speaker of the House.

After the business of the day at the State House of Assembly, the lawmakers paid Governor Hope Uzodinma a visit at the Government House in Owerri and introduced the new speaker to him.

To the surprise of many, the impeached speaker was among those who paid Uzodinma a visit. He was captured as he sat still while Deputy Speaker of the House, Amara Iwuanyanwu, introduced the new speaker.

See photo of Collins sitting alongside other lawmakers at the government house today.