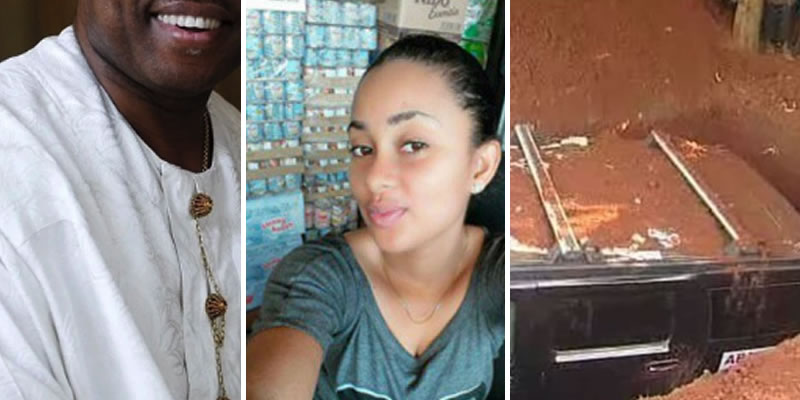 A Nigeria billionaire identified as Chief Ade Azikie has buried his girlfriend with an expensive Hummer SUV instead of the usual casket when she died after a short illness last week.

According to an eyewitness report, the billionaire promised to give the hummer to the girlfriend when she was sick in a way to encourage her to get well.

Unfortunately, the lady didn’t survive. When she died, he decided to honour his promise to her by ensuring that she went underground in the jeep.

The burial took place in a small community where some can’t afford 3 square meal. The billionaire was worried that some people might steal the car so he ordered multi layers of concrete be placed on it.

He also employed 6 watchmen to keep eyes on it.