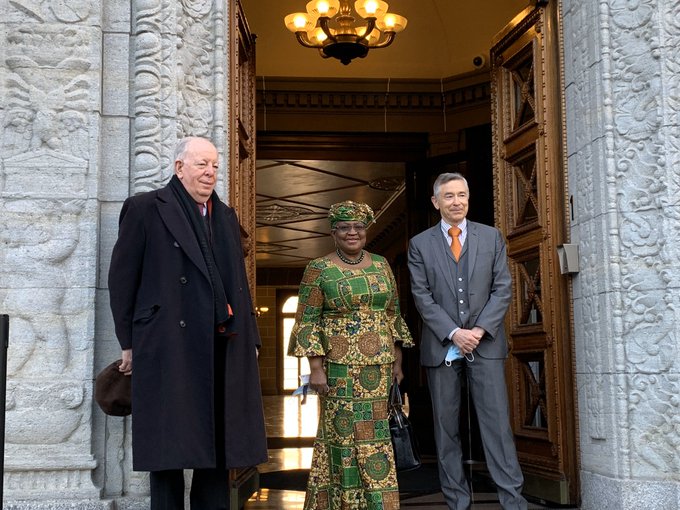 Ngozi Okonjo-Iweala arrived her office in Geneva on Monday, March 1, to resume duty as the Director General of World Trade Organisation (WTO).

Pictures posted online showed the Nigerian-American DG, arriving the office in a two-piece ankara ensemble. She was received by officials of the organisation.

The two-time former Nigerian finance minister started work, with a distractive controversy generated by a Dutch newspaper, which had derogatorily referred to her as the ‘grandmother new chief of WTO’.

The paper was heavily criticised for the sexism and racism by UN Women Leaders and the 124 Ambassadors in Geneva.

The paper was forced to apologise.

Okonjo-Iweala tweeted the apology on Monday and thanked all the people who had petitioned the paper.

She wrote: “I’m thankful to all my sisters, UN Women Leaders and the 124 Ambassadors in Geneva who signed the petition on calling out the racist & sexist remarks in this newspaper. It is important & timely that they’ve apologized.

“We need to call out this behavior when it happens. This is precisely what my book Women & Leadership coauthored with @JuliaGillard talks about – the stereotypes women face when they take on leadership positions’, she added.