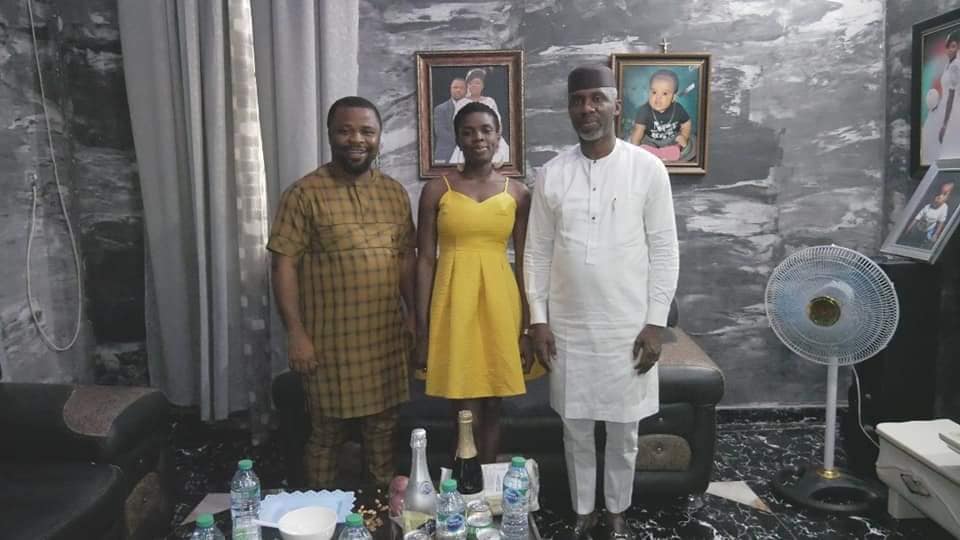 A former chief of staff to Imo State Government and a 2019 Governorship candidate, Uche Nwosu paid a visit to comedian and actor, Osinachi Dike popularly known as Egbeigwe Apama.

Nwosu was in Apama’s new Umuodu-Owerri residence on Saturday, February 20, for the commissioning of the residence.

Nwosu also met Apama’s star child, ‘Zim’ who has become an icon already on social media following the various skits she has shot with her father.

The former Imo Chief of Staff was amazed at Zim’s intelligence and commended Apama and his wife Ogechi, for the great job they are doing in grooming Zim as an entertainer.

Uche Nwosu was accompanied by Hon. Bisi Chinaka, the Imo State APC Deputy Chairman. Others in his team include Darlington Ibekwe, Darlingboy Ogbu and Ebere Nwokeji, Director of Programs, Ugwumba Center for Leadership Development in Africa and others.