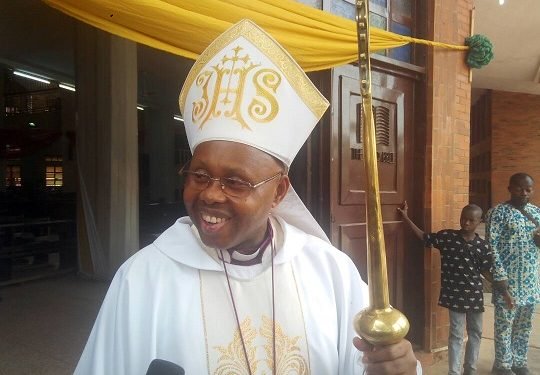 The Anglican Archbishop on the Niger, Anambra state, Most Rev Alexander Ibezim, has begged women to stop killing their husbands and put a stop to the rampant cases of men’s death caused by domestic violence.

Ibezim who is also the Anglican Bishop of Awka Diocese also warned the menfolk to stop the violence against women, while tasking women to be loving whenever provoked and allow reason to prevail and enjoy their marriages rather than kill their spouses.

Ibezim’s caution came on Saturday as part of his message on 2020 Mother’s Day in the state.

“People should be able to jaw jaw and resolve their problems rather than resort to killing their spouse.

“Violence against women must not be tolerated, but women must bridle their tongues always and respect their husbands. Men , I charge you to love your wives.

“I decry the rate of homicides these days and the rate at which women kill their husbands for their boyfriends and man friends.

“We should all rise against domestic violence. Killing should not be part of problem resolution as it does not end the situation.

“I don’t like it, either when the media make justification for homicide on the part of the men. The media should stop glorifying homicide. It should be condemned” the Bishop said

On the issue of sex for marks in Higher institutions, the Cleric said it was a dangerous phenomenum

Ibezim said, “Why should Academics be associated with sex for marks or sex for cash? It is a dangerous phenomenun and hydra headed monster everyone who calls himself an academic must fight to stop.

“I condemn anyone in the Tertiary institution encouraging such because; it is blight on the society. It undermines our collective efforts to bequeath a morally upright society to posterity.

“I charge Vice Chancellors and the university governing councils across the country to be decisive on this challenge and rid the academic institutions of all undesirable elements,” he said