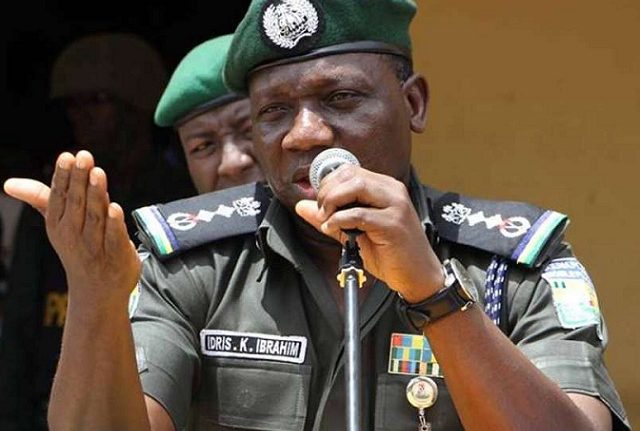 The Inspector-General of Police, Ibrahim Idris does not want the senate to interfere in the hiring and firing of Police IGs but was pleased with the proposal to increase the tenure of Inspector-Generals to five years. IG Idris made it known on Wednesday that the move to make Senate confirmation a condition for the appointments of IGPs was a bad idea. He also said the planned reduction of the number of Deputy Inspectors-General of Police from seven to one would be counter-productive.

Idris made his position known at a public hearing organised by the Senate Committee on Police Affairs to consider an amendment bill for enactment of the Police Act, 2018 sponsored by Senator Bala Ibn Na’Allah from Kebbi South.

He, however, agreed with the proposal for a five-year tenure for IGPs. He said, “While the proposed bill will help in reforming the Police and re-position it in its key role in administration of justice, there are a few observations by the Police Force.

“The confirmation and removal of Inspector-General of Police by the Senate should be expunged from the bill.

“Appointment of the IGP as recommended by the Police Service Commission and nominated by the President without Senate confirmation is desirable to Police to avoid politicisation of the whole process.”

Idris said any reduction in the number of DIGS would put unbearable pressure on the IGP.

“Presently, I have seven DIGs working with me at the Force Headquarters.

“Reducing them to only one DIG will be retrogressive, considering the enormity of administrative and operational responsibilities attached to the office of the IGP,” he added.

Meanwhile, the Oba of Lagos, Rilwan Akiolu, also at the event called on members of the National Assembly to reduce their jumbo pay in order to free money to take care of the police.

The traditional ruler who is a retired Assistant Inspector-General of Police said one of the ways to improve the welfare of policemen “is for the federal lawmakers to drastically cut down their monthly jumbo pay.”

He claimed that the Nigerian Army was responsible for “the killing” of Nigeria Police’s efficiency.

“It is the Nigerian Army who actually killed (six) the efficiency and the progress of the police,” he said.

The Chairman of the Police Service Commission, Mr. Musiliu Smith, said the commission agreed with majority of the recommendations made in the bill.