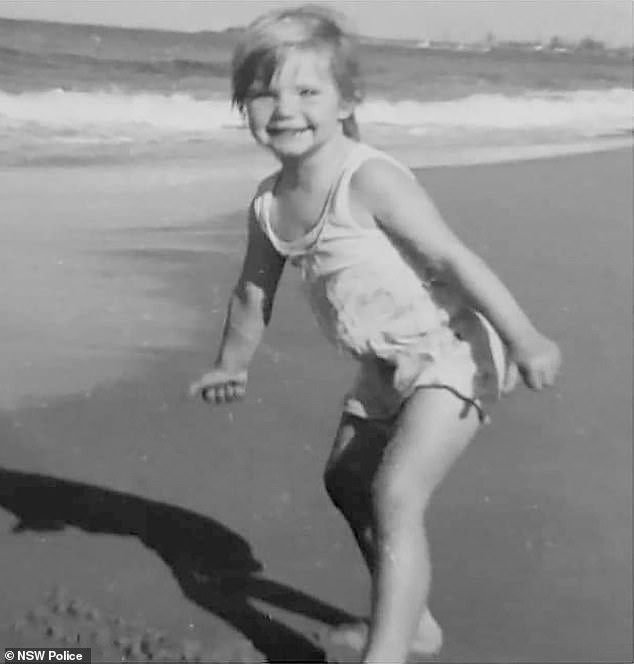 Australian police have announced $1 million reward for information about the murder of a toddler who was killed 50 years ago.

According to Mail Online, a man who had confessed to the crime had been due to face trial last year but a key piece of evidence was ruled inadmissible by the Supreme Court.

Now, the NSW Police homicide squad have announced a $1 million reward for information leading to the arrest and conviction of those responsible. The heartbroken family are hopeful the reward will bring a close to the case as they wish know why Cheryl was abducted and killed.

Cheryl’s brother, Ricki Nash, who was at the beach when his sister went missing, said: ‘There are no words to describe the pain of losing a sister and the impact Cheryl’s disappearance has had on our entire family.’

Homicide squad commander Daniel Doherty said in a statement: ‘Witnesses at the time reported seeing an unknown male carrying Cheryl towards the car park 50-years ago today but there has been no trace of her ever since.’

The day Cheryl was kidnapped, she and her elder brothers were playing while their mother was packing up their belongings a short distance away.

As they were playing, the little girl went and hid in the ladies’ bathroom, while her older brother Ricki couldn’t come to get her because he knew boys weren’t allowed inside.

But while he went to fetch his mother, somebody else reportedly grabbed and kidnap Cheryl.

A teenager later confessed in excruciating detail to murdering a toddler, dumping her body and burning her clothing just 18 months after she went missing. But the confession wasn’t followed up for 45 years when a detective Frank Sanvitale took on the case and reopened the investigation, according to Mail Online.

In the 1971 confession the 17-year-old said ‘I tied a handkerchief and a shoelace around her mouth to stop her screaming and with the other shoelace I tied up her hands.’

‘I was going to have sexual intercourse with her. I put my hands around her throat and told her to shut up… I guess I must have strangled her. She stopped breathing and stopped crying and I thought she was dead, so I panicked and covered her up with bushes and run for it.’

During a second interview with the man in 2017, the man claimed the 1971 confession was made up. Police still processed the individual and charged him with Cheryl’s murder, and he was due to face trial last year.

But the original confession was ruled inadmissible by the Supreme Court nd the man was released from custody on February 15, 2019, after prosecutors dropped the charge.

In finding the police interview was inadmissible, Justice Robert Hulme noted: ‘The Crown accepts that its case cannot succeed without it.’

‘I hasten to add that any criminal behaviour was of a relative minor kind (e.g. petty theft) and that what seemed to be more concerning was the accused’s frequent absconding from homes and from detention facilities,’ he said.

The judge also heard evidence from two psychiatrists, who agreed the teenager had a very disturbed mental state at the time and was acting out in various ways.