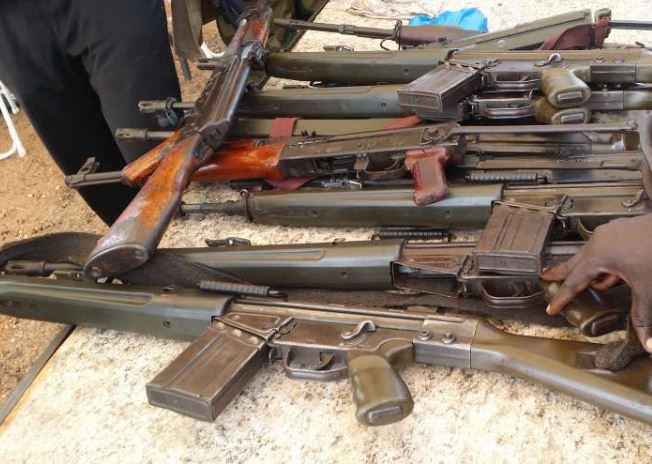 The Imo state police command has uncovered a gun fabricating factory in the state. The Commissioner of Police, Rabiu Ladodo, disclosed this on Wednesday while parading 63-year-old Eze Ajoku, an alleged specialist in the fabrication of guns who was arrested in Agwa, Oguta LGA.

The suspect was among the 22 others arrested, including a serving police Inspector, for various crimes ranging from armed robbery, kidnapping, cultism and illegal possession of firearms.

The CP listed items recovered from the fabricating factory to include one locally made pistol, one 9MM live ammunition, two double barrel pipes, and eight single barrelled pipes.

The CP added that other exhibits recovered were nine riffle engine stock, two live ammunition and expended cartridges, one drilling machine, nine saw blades among others.

He added that a fleeing member of his gang, also a serving soldier, was being trailed by the police.

The CP warned that there would be no hiding place for criminals in the state, adding that following the recently launched Operation “Puff Adder” the command was ever ready to combat crime in IMO.