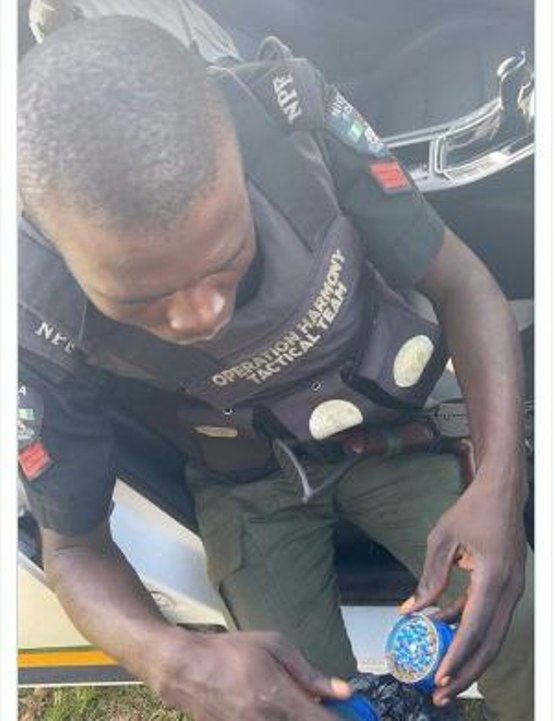 A police officer suspected to be in Kwara state was caught on camera taking cannabis sativa while on duty.

The picture was shared by a Twitter user who questioned the morality of a law enforcement officer taking illegal drugs on duty.

In responding to the photo, Chief Superintendent of Police (CSP), Olumuyiwa Adejobi, who suggested that the police officer is in Kwara State, urged the Police Public Relations Officer (PPRO) of Kwara to bring the offending officer to his office to the police headquarters in Abuja.

He tweeted: ”I think this is Kwara. PPRO kwara to fish out this policeman and send him to my office at the FHQ immediately. Can u see this, too? Its a personal thing. I have said it severally that its not systemic. How can a policeman on uniform, on duty, be taking “igbo”. Heee”