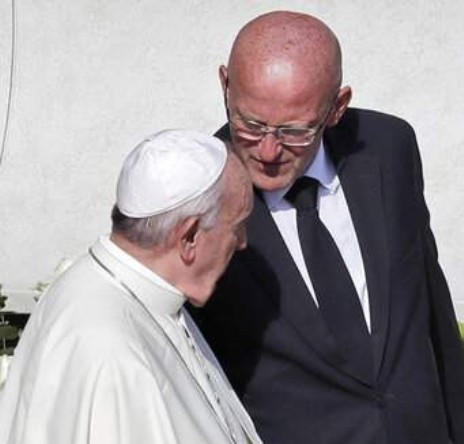 Pope Francis’ Chief Bodyguard who is also Vatican police chief Domenico Giani on Monday, October 14, announced his resignation following the leak of a Vatican police flyer which identified five Holy See employees who were suspended as part of a financial investigation.

The Vatican said Giani bore no responsibility for the leak but he resigned to ensure the serenity of the investigation and “out of love for the church and faithfulness” to the Pope.

Though the identity of the person who leaked the document to the Italian newsweekly L’Espresso remains unknown, it was gathered that Giani is a 20-year veteran of the Vatican’s security services that have stood by Pope Francis’ side and also jogged alongside his popemobile during hundreds of public appearances and foreign trips.

The Pope’s Chief Bodyguard who resigned signed the October 2 flyer after his agents raided two Vatican offices in the investigation of financial irregularities surrounding a London real estate deal.