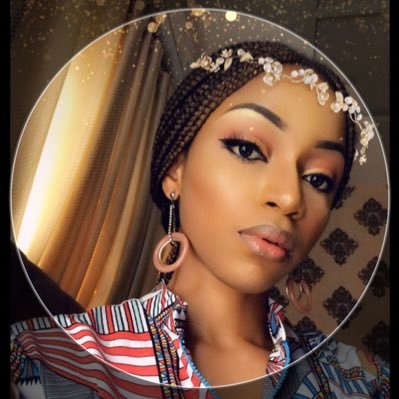 Pretty Nigerian writer, Okemzuruoke seems really upset about many things about religion and most of all, about God that she says God is discriminatory and a psychopath.

She took to her Twitter handle to open a conversation about God, listing how she feels God has been discriminatory to the physically challenged people in the society and how to her, God is a psychopath.

One day we’re going to talk about how God was discriminatory to people with disabilities. About how he banned people with eye defects, hunchbacks, crippled limbs, dwarfism, sores, wounded testicles – “disfigured” persons – from coming near his temple or making sacrifices to him.

About how people with eczema, ringworm, disfigured faces, fractured limbs or any defects whatsoever were not allowed near his altar lest they desecrate the sanctuary of God. One day, we’ll talk about this and many more, and it will be hot.

God: “If a priest’s daughter defiles herself by becoming a prostitute, she disgraces her father; she must be burned in the fire.”

So let us settle this once and for all: is the God (of) the Old Testament the same as that of the New Testament? If yes, doesn’t that invalidate the claim that God never changes; that he is the same yesterday, today and forever? If no, isn’t it time we threw the whole Bible away?

If you need a strong proof that God was a psychopath, read Exodus 4:24-26. Moses was embarking on a God-sent mission w/ his family when God suddenly decided to kill him for no reason. I repeat: FOR NO REASON. It took the intervention of Zipporah for God to get back to his senses. Religion operates just like capitalism; selling a product by telling you what you want to hear, but never telling you the things you actually need to hear.

Believers are free to share their beliefs without fear, but unbelievers cannot express their disbelief without being scared of the dangers or repercussions. Yet another proof that religion is a deliberate disasterclass which uses instruments of fear to keep its adherents silent.