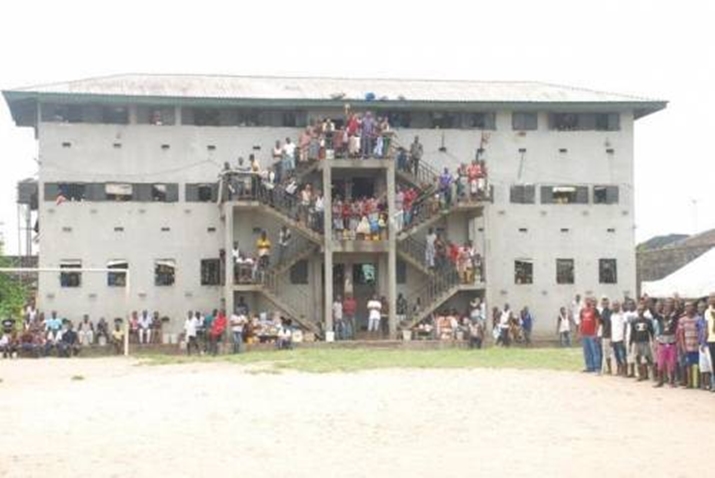 Inmates of Okere Correctional Centre, Warri, Delta State, are presently protesting the starvation and lack of food they are made to go through by the state government, according to an exclusive report by SaharaReporters.

The punishment was reportedly put in place by the management of the correctional centre after the jailbreak that took place on October 22, 2020.

The jailbreak led to the killing of about 18 persons by security operatives guarding the prison, with several inmates on the run after escaping from the facility.

It was gathered that to punish the inmates for attempting to escape, they were denied food except dry garri (cassava flake).

A source in the prison, said the inmates are angry, adding that it could lead to another jailbreak if the government does not address the situation swiftly.

“The inmates have been under lock and key and they don’t get food.

“The authority is not giving them food and their families are not allowed to bring in food for them anymore.

“Inmates are presently protesting against starvation and what is currently happening might have more effect than the jailbreak that happened.

“There is a protest ongoing now as inmates are shouting for the restoration of their food ration,” the source said.

The source explained that inmates are being given dry garri once in three days.

He added that inmates are suspecting embezzlement of funds by the correctional center management.

“The inmates are asking questions and they want to know if the government stopped the feeding of inmates as a result of the jailbreak or staff are embezzling money meant for their feeding,” the source added.

It was further gathered that inmates waited till evening before they started the protest.