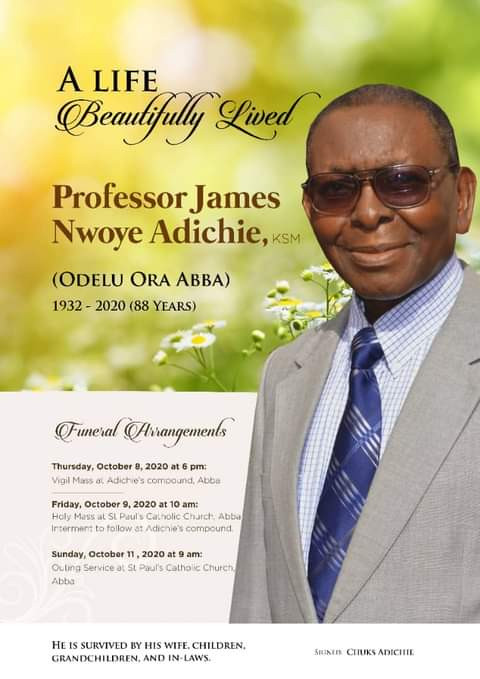 According to the funeral arrangements, a requiem mass will be held at St. Paul’s Catholic Church.

Announcing the burial in a statement on behalf of the family, Chuks Adichie, said that on Thursday, 8th October, by 6 O’clock in the evening, there will be a vigil mass at Professor Adichie’s compound, Umueri, Ezi-Abba village, Abba.

The statement added that other funeral rites will be observed while observing COVID-19 protocols.

Upon his retirement, he lived in his hometown, Abba, Njikoka Local Government Area, Anambra State, where he held the prestigious traditional title of “Odelu ora” Abba.