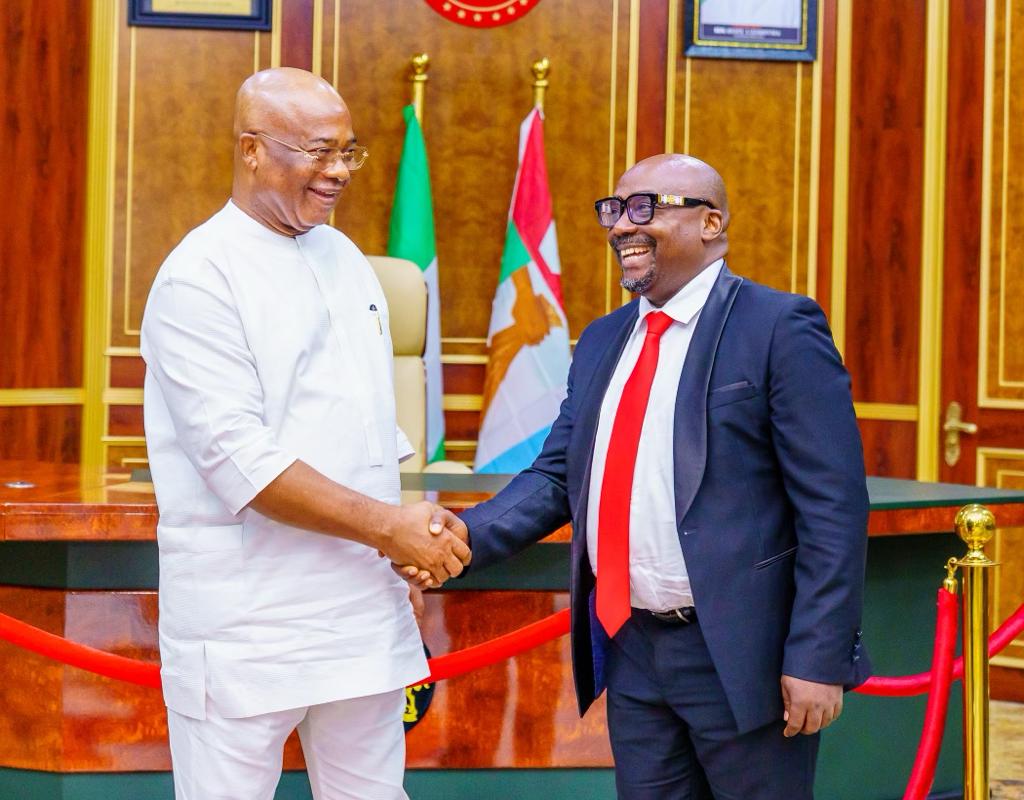 This comes hours after he was elected by his colleagues following the controversial resignation of the former speaker, Rt. Hon. Kennedy Ibeh.

The sudden resignation of Hon Ibeh has elicited reactions from a section of Imolites who alleged that Governor Uzodinma forced him to announce his resignation on the floor of the House.

Take note of the fact that the new speaker, Rt. Hon. Emeka Nduka who represents Ehime Mbano State Constituency is now the forth speaker of the House since Hope Uzodinma’s administration started in January 2020.

Before Ibeh announced his resignation, two speakers were impeached before him, and they are: Rt Hon. Chiji Collins and Rt Hon. Paul Emeziem.

Imo State House of Assembly has now got four Speakers in two years!

Some Imolites accused Uzodinma dumping Ibeh after using him (Ibeh) for hatchet jobs.

There are allegations that the governor used Ibeh to declare Ngor Okpala and Nkwerre seats vacant, approve N535 million loan from the 27 LGAs and place Hon Okey Oyekamma (Mbaitoli) and Hon. Nnodumele (Orsu) on suspension.

There are also claims that the governor made Ibeh sign his resignation even before he was chosen to be speaker so that removing him would be easier, and less dramatic.

Now, questions are now being asked if the new speaker has not already signed his resignation before his election today, which may mean that it will only be a matter of time before he is removed as well if he ever stands in the way of the governor.