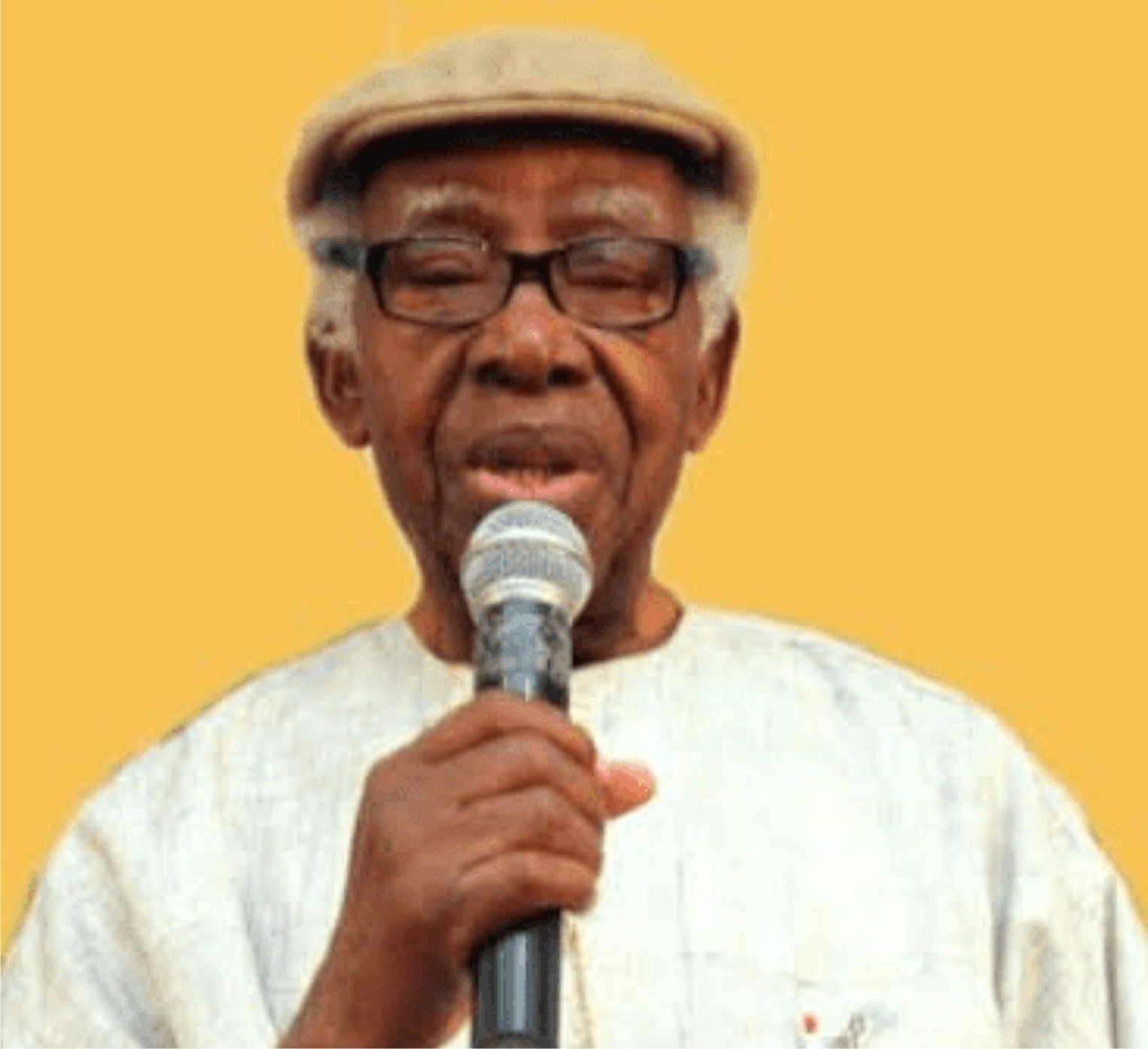 Dr Gabriel Imomotimi Gbaingbain Okara, a poet, novelist and playwright, has died at 97 years, in Bayelsa State, a month to his 98th birthday.

Okara made a mark on the African literary scene as one of the major pacesetters. Reported to be the first renowned English Language black African poet and the first African modernist writer, Okara is widely published in influential national and international journals.

Born on April 24, 1921 in his hometown Bomoundi in the present-day Bayelsa State of Nigeria, Dr. Okara attended the famous Government College Umuahia in the 1930s and 40s where he got exposed to and was inspired by the writings of Williams Shakespeare and others. He went on to attend Yaba Higher College and Northwestern University, USA.

He has in his collections several back-to-back hit poems and novels. ‘Piano and Drums’, ‘You Laughed and Laughed and Laughed’, ‘Once Upon a Time’, ‘The Fisherman’s Invocation’ and ‘The Voice’ and concatenation of several other linked short stories and plays come highly recommended for post-primary, undergraduate and graduate studies. The vintage of his classics find expression in the leitmotif: reminding Africans of their true identity as expressed in culture, folklore and thought pattern in a world of rapidly penetrating western culture.

An all-encompassing writer, his thoughts and works appear to be greatly influenced by his immediate environment. Okara is home and dry in all genres of literature but conveys his message in the genre which will be more expressive and relevant to the thematic discuss.