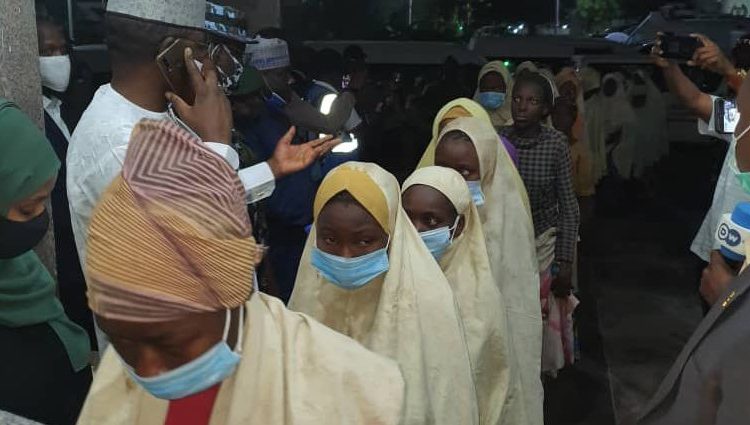 Moves to reunite the recently freed Zamfara schoolgirls turned violent in Jangebe community, leading the reported death of one person and the injuring of others.

According to reports, personnel of the Nigerian Army opened fire on some residents of Jangebe on Wednesday when the freed schoolgirls were about to be united with their families.

Trouble started when the schoolgirls who were released recently were brought back to the community by government officials and security agents led by Commissioner of Security and Home Affairs, Abubakar Dauran.

Because there has been tension in the community since the abduction of the schoolgirls, with the youth stopping security operatives and government officials from entering the main town, some youths began to throw stones at the commissioner and other officials.

SaharaReporters quoted a source who said, “They came to hand over the students to their parents, but the angry youths stoned the convoy of the government officials. From there, the army opened fired on them, killing one person and injuring two others. The commissioner who led the team that brought the girls was escorted to the town by soldiers.”