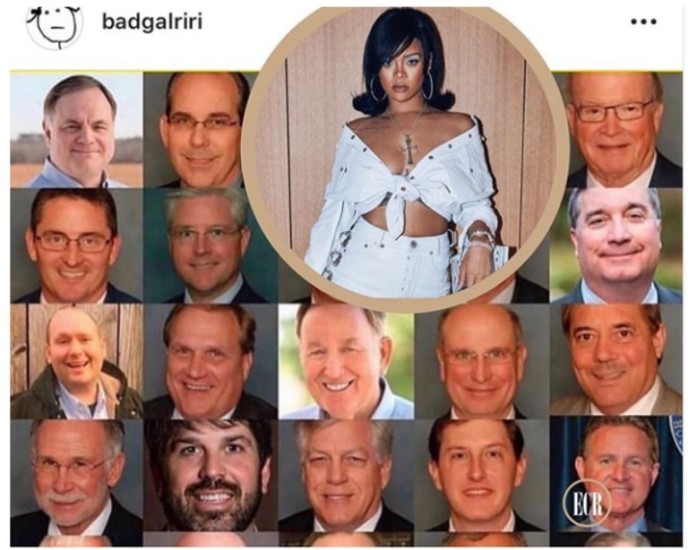 Singer Rihanna has called 25 Republican members of the Alabama State Senate “Idiots” for voting to ban Abortion in the State.

On Tuesday, 25 white male Republicans out of 27 that dominate the 35-seat in Alabama senate voted to ban abortion in the state at every stage of pregnancy, unless the mother’s physical or mental health is in jeopardy. Two Republicans did not vote.

Kay Ivey, the female governor of Alabama signed the bill on Wednesday, putting in place one of the nation’s most restrictive abortion laws.

Since the ban was passed, it has generated criticisms from many including singer, Rihanna who took social media to slam the 25 white male Republicans politicians who voted to ban abortion and Governor of Alabama, Kay Ivey for signing the bill.

She posted a collage photo of the 25 white male Republicans via her Instagram page and wrote: ‘take a look. these are the idiots making decisions for WOMEN in America. Governor Kay Ivey…SHAME ON YOU!!!!

See what Governor Kay Ivey said after signing the bill below.