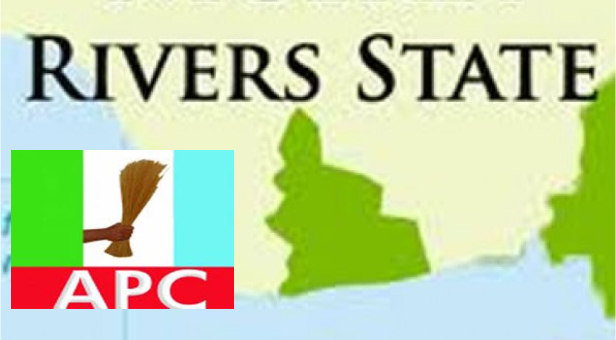 The deputy governorship candidate of the All Progressives Congress ( APC ) in Rivers State, Chief Victor Giadom, has called on the Independent National Electoral Commission (INEC) to postpone the February 16 and March 2 elections in Rivers in view of Monday’s ruling of the Court of Appeal, Port Harcourt on stay of execution.

He also accused Rivers Governor, Chief Nyesom Wike of being jittery upon confirmation the governorship candidate of APC in the state, Pastor Tonye Cole and other candidates that emerged through indirect primaries supervised by members of the National Working Committee (NWC) of the party, would participate in the elections.

Giadom stated these on Tuesday in Port Harcourt during an interview.

While assuring Cole and other candidates of APC would emerge victorious in the polls, he maintained that postponing Rivers elections would ensure the candidates and the electorate were not disenfranchised.

The appellate court presided over by Justice Ali Gumel granted the stay of execution of the judgment of Justice Kolawole Omotoso of the Federal High Court, Port Harcourt on the fielding of candidates by the APC.

Giadom, the immediate past Deputy National Secretary of APC, said: “Wike is jittery, because of the strength of APC in Rivers State. That is why he teamed up with some enemies of democracy to ensure that our party (APC) is not on the ballot, but God has put all of them to shame. Wike made all efforts, including outside the law, to stop APC from fielding candidates in Rivers State.

“Wike and his allies must stop their propaganda and futile fights, but to prepare to meet candidates of APC in the field. APC will win 80 per cent of the votes cast in Rivers State in all the elections, because Rivers people are tired of Wike’s failed promises.

“I expect Wike and other members of PDP in Rivers State to enjoy the healthy competition of political context, so as to know who are the choices of the people of Rivers State, as against the attempts by Wike to shut the doors against APC.

“While thanking the judges of the Court of Appeal, Port Harcourt for granting the stay of execution of the judgment of Justice Omotoso, we urge INEC, as a law-abiding institution, to do the needful by postponing Rivers elections, to ensure a level-playing field and in order to allow candidates of APC to adequately campaign as their counterparts in other political parties, who have been campaigning round Rivers State’s 23 LGAs for over two months. The postponement will be in the interest of Rivers people, especially APC members.

“I wish to urge Rivers people to believe in the APC, as the difference is very clear. We will continue to ensure quality leadership that will transform the entire Rivers State and ensure adequate protection of lives and property, thereby making the state a destination for investments.”

The deputy governorship candidate also berated a governorship aspirant on APC platform, Senator Magnus Abe (Rivers Southeast) for misinterpreting the ruling of the Court of Appeal in Port Harcourt, accusing him of mischief.

Giadom declared that Abe, from the same Bera-Ogoni in Gokana LGA of Rivers, was being economical with the truth, stressing that the former Secretary to the Rivers State Government (SSG) in the administration of Rotimi Amaechi, now Transportation Minister, ought not to speak differently from what was contained in the ruling of the appellate court.

He urged Nigerians to avail themselves with the ruling, in order not to be misled by individuals or groups, while calling on APC members and supporters in Rivers to take advantage of the ruling and return to active campaigns, so as to ensure victory in all the elections.

The deputy governorship candidate assured that members of Rivers APC were ready to receive President Muhammadu Buhari and members of his campaign team in Port Harcourt next week.

He said: “Rivers people should continue to support APC. We should ensure peaceful elections in Nigeria, especially in Rivers State. When Cole becomes governor and I as deputy governor, by God’s grace, Rivers State will experience massive transformation in all sectors. There will also be peace, security and commensurate development. We will bring back the lost glory of Rivers State.

“The Federal Government is doing a lot in Rivers State, particularly the construction of Bodo-Bonny Road, Ogoni clean-up, completion of the international wing of Port Harcourt International Airport and massive construction of roads through the Niger Delta Development Commission (NDDC), among others. Wike’s propaganda should be ignored. Wike’s abysmal performance will end on May 29, 2019.”

Giadom also called on Nigerians to continue to support the Buhari’s administration and come out en-masse on February 16 to vote for him and other candidates of the party in all the elections.