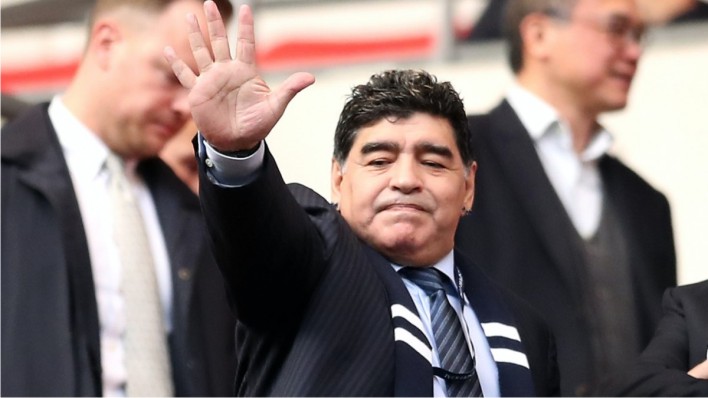 Football legend, Diego Maradona has reportedly died at the age of 60, according to local media reports from his home country, Argentina.

The football legend had a heart attack at his home just two weeks after leaving hospital where he underwent surgery on a blot clot in his brain.

Maradona, regarded as one of the greatest footballers of all time, helped Argentina win the World Cup in 1986, the pinnacle of an illustrious career.

He played for Boca Juniors, Napoli and Barcelona among others and was adored by millions for his brilliant skills.

The Argentine news outlet Clarin broke the news on Wednesday afternoon, describing the news of Maradona’s passing as having a ‘worldwide impact’.

Soon, tributes were pouring in from all over the world of football.

The iconic former Argentinian footballer was driven away from the private Olivos Clinic just before 6pm on Wednesday as hundreds of fans of photographers tried to get a glimpse of him.