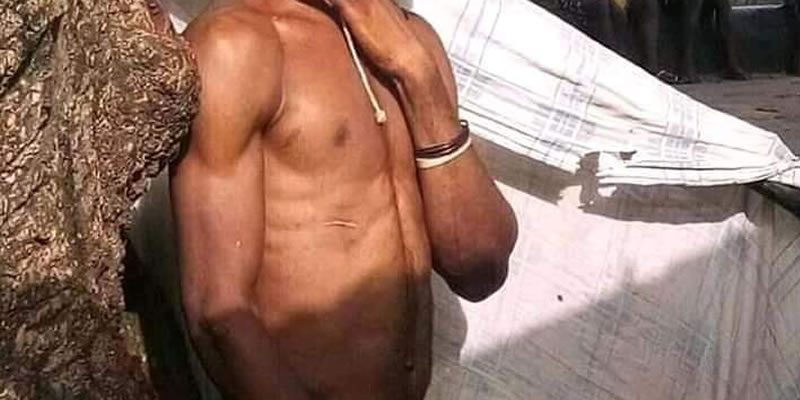 A young man identified as Pendo who has been depressed after his girlfriend dumped him has finally killed himself.

The incident which happened in Twon-Brass community in Bayelsa State, left many shocked that he had to take his life.

The brother of the deceased said that the 27-year-old killed himself after being dumped by his girlfriend. The young man committed suicide by hanging himself from a tree on Monday.

The brother said that the deceased had suffered depression following the break-up, adding that no one knew when he sneaked out to hang himself.

See the full photo below.