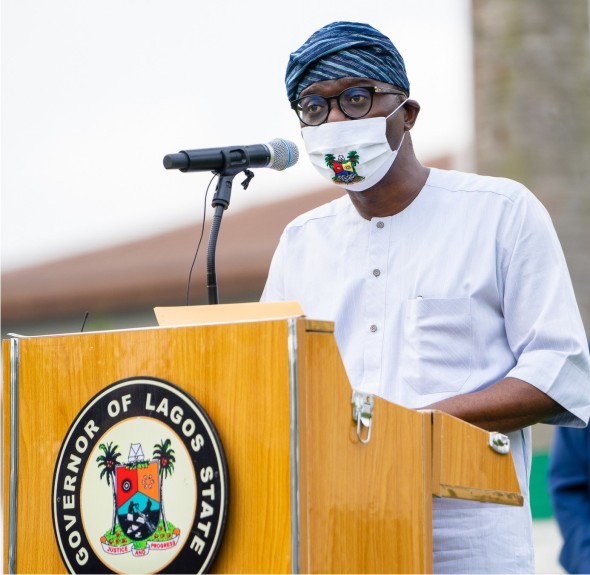 The Lagos State governor, Babajide Sanwo-Olu has said the CCTV cameras at Lekki Toll Gate only captures car plate numbers, and not activities at the area.

The Lagos State Government has been accused of turning off the lights at the toll gate and removing the CCTV cameras to pave way for Nigerians soldiers to open fire at unarmed protesters on Tuesday night.

While speaking at The Morning Show on Arise TV on Thursday morning, Sanwo-Olu said that there were other security cameras that captured what happened and that the government is using it in the investigation of the incident.

Meanwhile, the management of Loatsad Promomedia Limited, an advertising firm owned by Bola Tinubu’s son, Seyi Tinubu, has explained why the company turned off the electronic billboard at the Lekki Toll Plaza before the shooting.

Protesters who survived the attack said lights in the area were turned off deliberately.

In addition to street lights, the large electronic billboard operated by Loatsad Promomedia also illuminates the toll gate area, and the company has come under fire for switching them off on Tuesday.

In an Instagram post that was later deleted Wednesday night, the firm admitted the screen was turned off ahead of the attack, but said it was not to aid the shooting.

It read, ‘‘On Tuesday when the curfew was announced we heeded the governors warnings and didn’t want our staff in any danger, hence by 3pm our staff had been ordered to leave the site and the board was switched off based on the governors curfew request’’.

‘‘We had no idea what was going to happen and we feel the same anguish, pain, and shock at the events that unfolded and our hearts and prayers go out to the victims and families of this ungodly act’’.

The agency also said it had wholly supported the EndSARS movement and provided support to the movement.