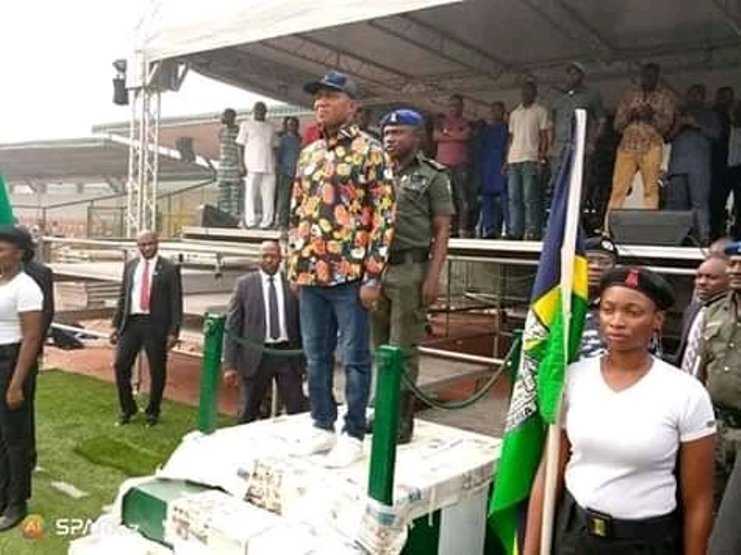 The sacked Governor-elect of Bayelsa state, David Lyon must be having a very hard time processing the ‘rude shock’ brought about by today’s supreme court ruling which nullified his election and declared PDP’s guber candidate winner of the November election in the state.

The Supreme Court nullified the election of David Lyon over the false information supplied by his running mate, Biobarakuma Degi-Eremienyo who was disqualified for certificate forgery, thereby ruining the joint ticked they shared.

Hours before the landmark judgement, Mr Lyon was seen at the parade rehearsal ahead of his swearing in which would have taken place tomorrow, February 14, 2020. See photos below. 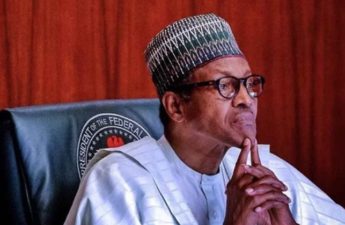 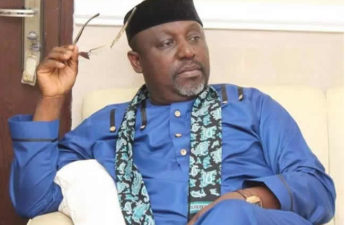 Election Rigging, Corruption are Borrowed Cultures – says Okorocha, calls for use of Totems during oath of office 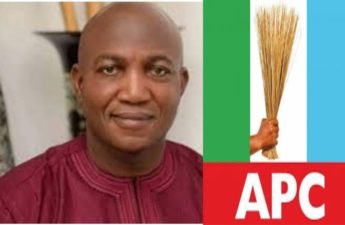