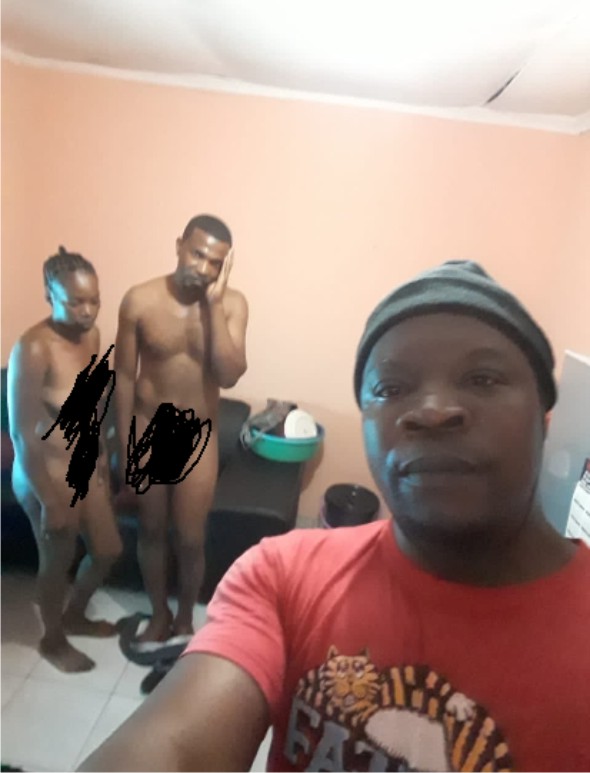 A man has caused commotion online after a selfie he took after he reportedly caught his wife sleeping with his friend in their home, was made public.

The photos which are now going viral were shared on Twitter by one @oluwatayorhoda, saying that the man took the selfie for his in-laws after he caught his wife in the act.

Lol so this guy found his wife sleeping with another man in his place and took a selfie for the in-laws, I stan