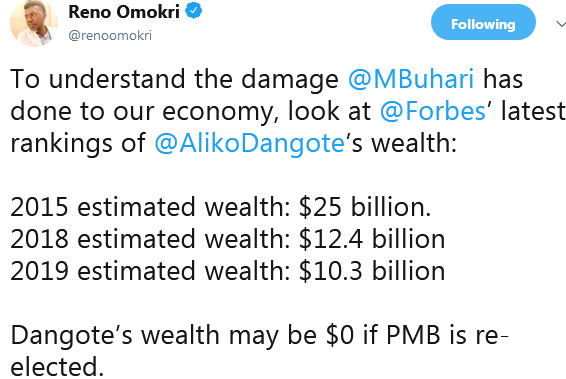 Reno Omokri has used Dangote’s worth to compare Nigeria’s economy under the present President, Mohammadu Buhari.

See what he tweeted below

One of his followers told him that Aliko Dangote is working for the re-election of President Buhari. He responded:

Dear @Onyechas, It‘s quite possible that @AlikoDangote is working hard to ensure @MBuhari has another ‘tenor’, but he is definitely NOT working hard for him to have another TENURE. He refused to serve on his reelection council. No one wants to associate with failure #RenosDarts