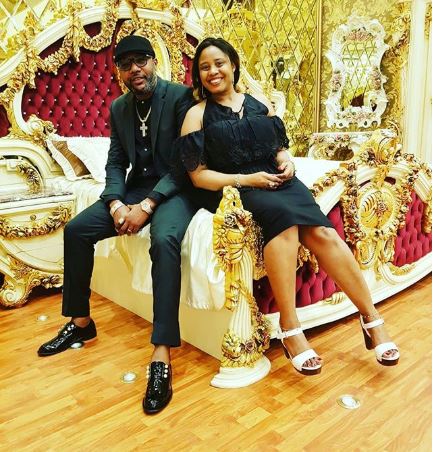 Five Star Music boss, Emeka Okonkwo, aka E-Money has got tongues wagging after he shared a photo of the luxury bed in his bedroom.

The bedroom which is in his new multi-million naira mansion built in his hometown in Ulli, Anambra state sparked controversy after a political analyst and commentator, Kayode Ogundamisi tweeted the picture with the caption, “Money miss road. See bed for bedroom like Okija shrine bed for the gods”.

Many attacked him for making a ‘derogatory’ remark about the bedroom. Even Daddy Freeze and Cubana Chief Priest expressed their displeasure over his remark.

However, others also agreed with him that the money invested in the bedroom was a wasted. See the post and the reactions that followed both on Instagram and on Twitter below.