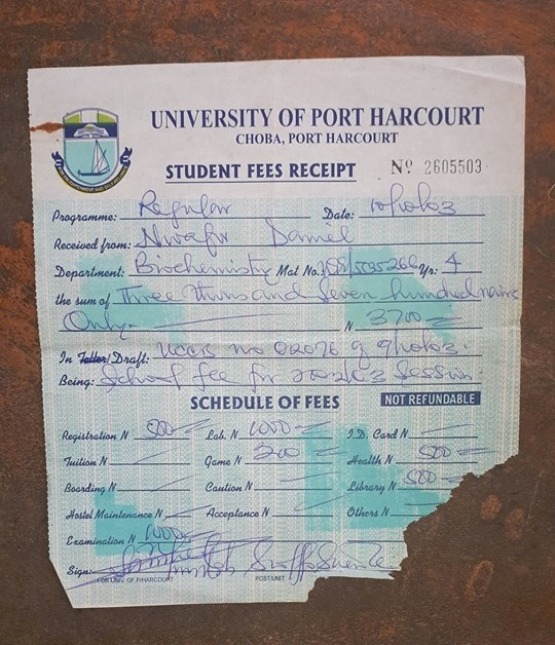 This is not only a case of University of Port Harcourt. It concerns almost all the universities in Nigeria who increase the fees students pay yearly but don’t ensure the students get increase in the quality of the education they receive.

The receipt was shared on Facebook by Mr Daniel Nwofor, the APC State chairman of Imo State as he reminisce the good old days.