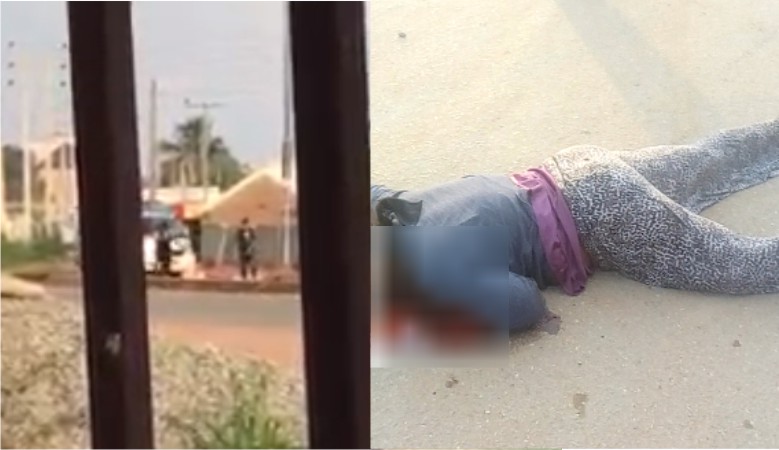 That unknown gunmen that attacked Orji, Spibath, Amakohia axis on Thursday evening, June 3, were captured as they walked along the area.

The men numbering seven, clad in back with a touch of red, were seen singing and walking boldly on the popular Spibath Road, close to Rochas Foundation College of Africa.

A police woman was one of the three victims killed during the attack. She was said to have been abducted during their previous attack at Orji police station.

The gunmen were said to have returned with the officer during their operation on Thursday after their demand to exchange the officer with their member in police custody did not work out.

Irked by non-compliance to release their member, they were said to have shot the female officer on the road.

“They came with the female police officer. I learnt that they kidnapped her the day they attacked Orji Divisional Police Headquarters. They dropped a message that they will only free her if their member in police custody was ready. Having waited without their demand being met, the hoodlums, came with the officer, brought her out and shot her dead.” an eyewitness claimed.

Reacting to the incident, spoesperson of the State Police Command, Bala Elkana, said:

“Normalcy has returned to Orji area by combined teams of the Police and other supporting security agencies. Three persons were killed by the hoodlums who blocked Orji flyover and started shooting sporadically. The cause of the shooting is still not clear at the moment. The investigation has, however, commenced.”