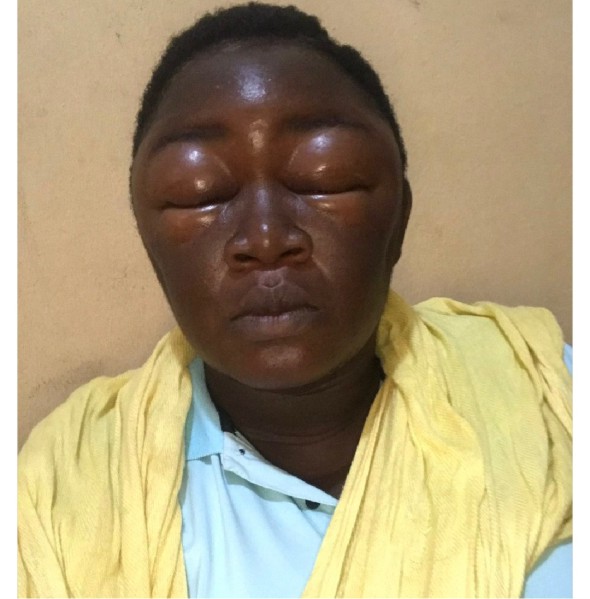 A woman has taken to Twitter to reveal what happened to her after she applied a hair dye on her hair.

Although many people thought it was because of a bad hair dye, the woman, quickly dispelled such thoughts, saying she’s allergic to a particular ingredient in black dyes and not the fault of the product.

After using the hair dye, her face became swollen to the point of shutting her eyes. See photos below.