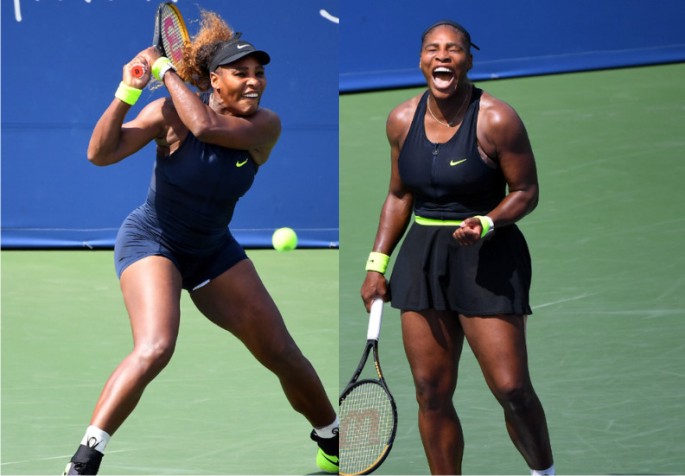 US tennis superstar Serena Williams is not only known from being an incredible player, but also known to be dramatic during her games.

The 38-year-old player, who is currently taking part in the Western & Southern Open, invented her own method to cope with sweltering heat on the court by getting rid of her clothes during a match which she went on to win.

Williams needed three sets to beat lower-ranked opponent Arantxa Rus from the Netherlands and advance to the third round. So, she wouldn’t let a skirt get in her way.

The 23-time major champion who is getting ready to fight for yet another Grand Slam title next week struggled against the less-experienced qualifier who forced her to spend two hours and 48 minutes on the court.

Williams needed a tie-break to secure a hard-fought victory in the match opener 7-6, before losing the second set 3-6. After the set the players who were playing in the sweltering heat went on a 10-minute break which Williams used to change her outfit.

The US champion took off her skirt which she was wearing from the beginning of the match, leaving a tight-fitting catsuit underneath.

The dress change apparently helped her to feel more comfortable under the burning sun as she reversed the course of the match winning the third set 7-6.

“Physically, I feel I’m incredibly fit,” Williams said. “I did hit a wall today in the second set, it was so hot. That never happens.”

She will next face No. 13 seed Maria Sakkari of Greece who took consecutive straight-set wins over Coco Gauff and Yulia Putintseva.