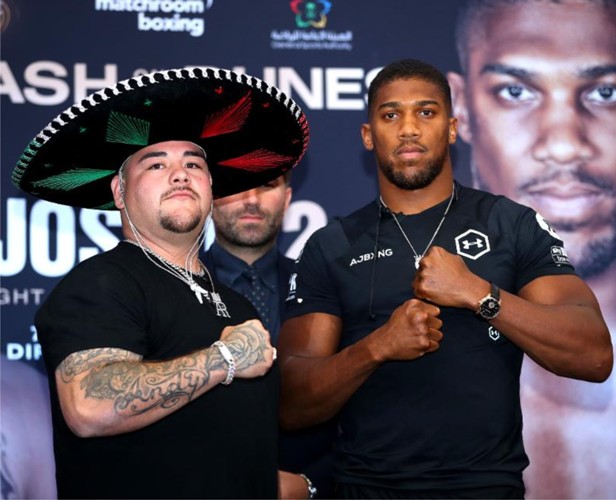 The heavyweight fight in Riyadh, Saudi Arabia, is coming after Ruiz Jr defeated Joshua at Madison Square Garden in June 2019.

Here are seven things to know about the rematch:

When and where will the rematch hold?

The Joshua vs Ruiz Jr rematch will be held on Saturday, December 7 in The Diriyah Arena. The Arena is a custom-built 15,000-seater located in Saudi Arabia.

How much does it cost to watch the rematch?

Sky Sports Box Office says it will show the rematch live at a cost of £24.95.

It will also be available for purchase through NOW TV, also at a price of £24.95.

In the US, the fight will be shown live on DAZN but a month subscription of $19.99 is required.

Five other heavyweight clashes on the card

Matchroom says there are five other fights on Joshua/Ruiz rematch card.

While Joshua is expected to receive between £45m and £60m for his night’s work, Ruiz Jr would get no fewer than £10m.

After the fight, Joshua’s net worth is estimated to rise to over £100m.

What it costs Saudi Arabia to host the rematch?

The Saudi Arabian authorities have paid a fortune to host the fight – over £30m. They are expected to make returns through sponsorship, broadcasting rights and box office subscriptions among others.

Joshua and Ruiz have two things in common

Though they are heading for a career fight, both Joshua and Ruiz are 30 years old and are Orthodox.

Though Joshua’s parent hailed from Sagamu, Ogun State, he is a British. Ruiz is an American/Mexican.

Ruiz’s nickname is Destroyer and Joshua’s alias is AJ.