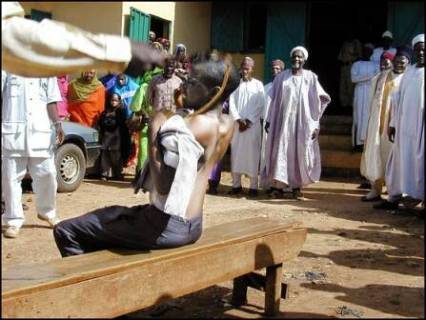 The Controller of Prisons, Bauchi State Command, Suleiman T. Suleiman has said that five persons who were sentenced to death-by-stoning; and 10 others whose legs and hands are to be amputated are awaiting the day of judgment.

Suleiman, who spoke in an interview with newsmen in his office on Tuesday on the state of prison in Bauchi, also lamented that some convicts have been in jail for over 10 years with action not taken on them. He said six other inmates have also been condemned to death, five are currently on life sentence, while 188 are on various jail terms of two years and above.

He lamented that the prison currently has 947 inmates at the 500-capacity Bauchi Prison.  He said:

“There are also those who are supposed to be stoned to death. I am worried. I feel touched that each time I go to any of the prisons to visit, they’ll be the first to confront me with questions about their case. I have written to the state governor, I have also written to the state Chief Judge to see that something is done about these people. They’re the only category of people that cannot be taken to court because they have already been convicted, but there’s no execution.”

The Prison Comptroller said that if the sentences could not be executed, they could be commuted to prison terms.

“If this cannot also be done, they should be granted pardon and counselled to be of good behaviour and released. I want the government to execute the law as it is and if they cannot do that, the governor has the power to give clemency to these convicts.”