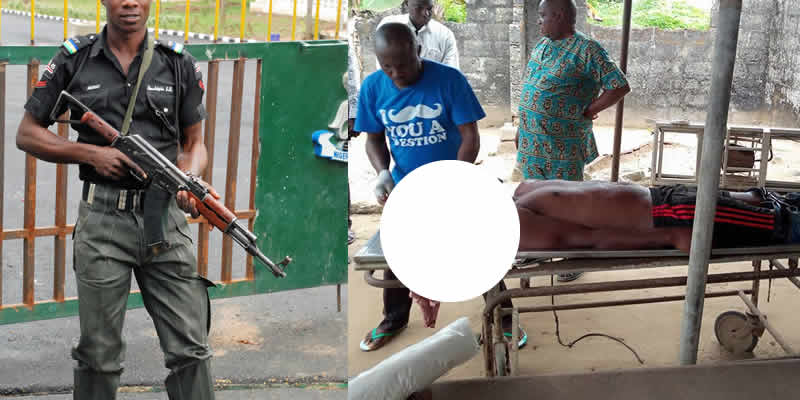 Just while Nigerians are still calling for justice in the killing of Kolade Johnson in Lagos, another trigger-happy police officer has been accused of killing a bus driver this morning in Rivers state.

The incident is said to have happened along the East West road in Ahoada local government area of Rivers state.

It was gathered that the deceased identified as Odeh Stephen who worked as a driver at the popular Ekeki modern motor park in Yenagoa, Bayelsa state capital, was allegedly shot by the trigger-happy police officer this morning after he brought passengers down to Rivers State .

The reason for the alleged murder is yet to be ascertained as at the time of filing this report.

The photos below are really graphic