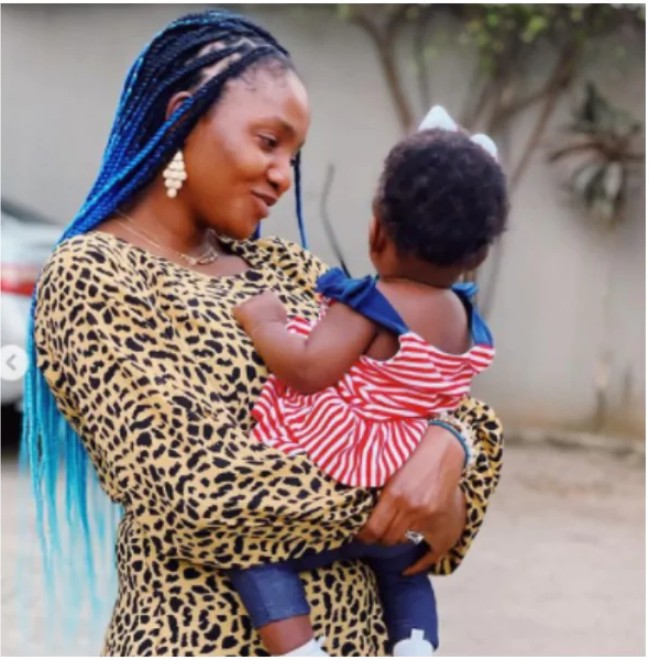 Nigerian songstress and mother of one, Simisola Kosoko professionally known as Simi, had a question and answer session with her fans on social media.

The Duduke hit crooner was asked by a fan what she would love to be remembered for aside the unforgettable giant strides she has made in her music career.

According to her, when she is gone, she would love to be remembered for “being a genuine, good person.”

The singer was also asked why she doesn’t show her baby’s face as all the photos of the baby on the internet do not have her face revealed. In replying, Simi said, “Because she deserves her privacy”.

Simi and her husband, Singer Adekunle Gold welcomed their baby girl named Adejare in 2020 after she released, ‘Duduke’, a song inspired by the baby.