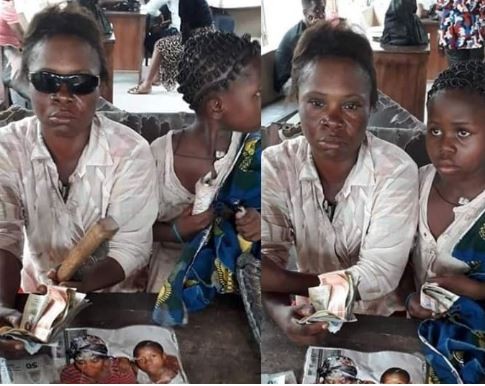 When a blind woman miraculously regain her sight after she has been threatened with a teargas, then you know that the time for confession has arrived. This woman has been pretending to be blind and begging for alms with her children in Delta.

The police in Delta state had arrested her at Jakpa junction. On getting to the police station, the officers threatened to put teargas in her eyes before she opened her eyes and started begging.

The woman identified as Ada Nwachukwu, confessed that she came all the way from Orlu in Imo state to hussle for Christmas and had already made N3,270 by the time she was arrested.