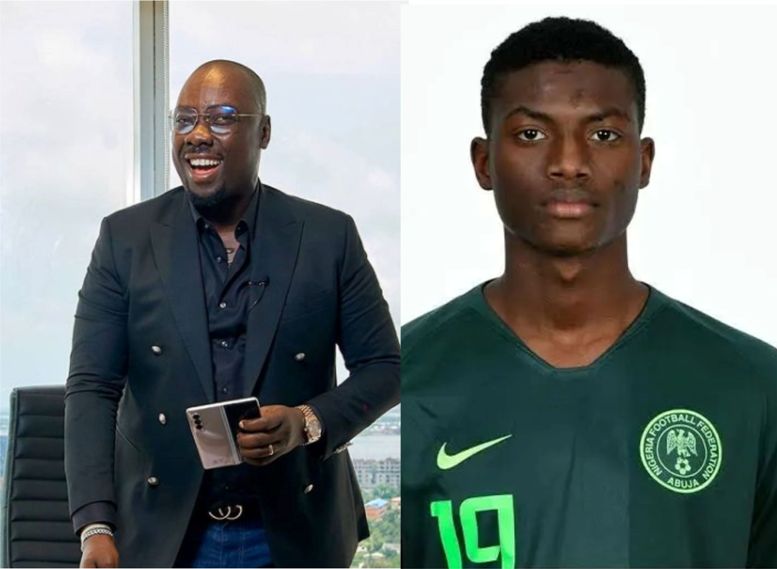 Abba Yusuf Bichi , son of the Director-General of the Department of State Service (DSS), Yusuf Magaji Bichi, has confirmed his solidarity with Obi Cubana, shortly after the businessman was arrested by the Economic and Financial Crimes Commission (EFCC).

Yusuf who plays for Nigeria’s under-17 national team took to his Instagram to describe Obi Cubana, as a man of honour.

Yusuf shared a photo of Obi Cubana and wrote, “A Man of honour and dignity.”

After sharing the post, some of Yusuf’s followers took to the comment section to attack him for standing with Obi Cubana. See how he defended his stand in the comments below.