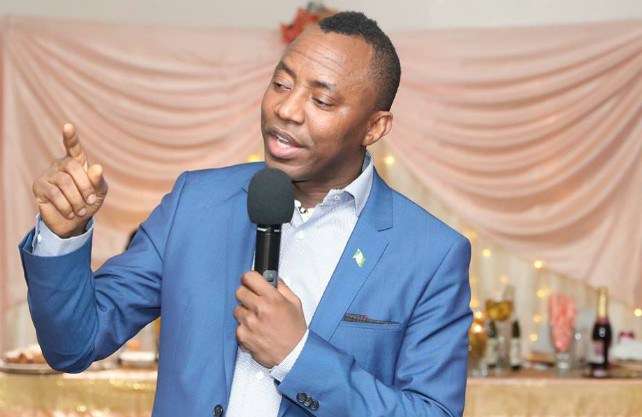 Sowore sued the NEDG over the exclusion of his party’s Vice-Presidential Candidate, Mr Rabiu Rufai in the debate which held on Dec. 14.

In the lawsuit filed by Barrister Inibehe Effiong, the AAC Legal Adviser, Sowore asked the court to prevent the forthcoming debate from going ahead without the African African Congress (AAC) and also explain why the party was excluded from the vice presidential debate. They claimed that the exclusion of the party’s vice presidential candidate in the debate was an act of discrimination and malice against the party and its candidates.

” The Nigeria Elections Debate Group (NEDG), in association with the Broadcasting Organisations of Nigeria and Channels TV, has been resolute in its discrimination against Omoyele Sowore, presidential candidate for the African Action Congress. Despite being one of the top three parties in polls and surveys, the NEDG fraudulently excluded the AAC and selected other parties for the debate. The NEDG has cited multiple excuses for its discriminatory refusal to include the AAC. None of those excuses hold water.”

“The nation is aware by now that the AAC party and the Take it Back Movement will not take injustice, discrimination or oppression lightly. We do not accept it when meted out to innocent Nigerians as we have shown in various protests, and we certainly will not accept it against ourselves or our efforts.

“This lawsuit should not only help ensure that the right of all Nigerians to have an authentic, unfiltered debate about the Nigeria’s future is assured, it would also serve notice to all those who hide behind legitimate institutions and organizations to perpetuate the oppression and the drowning out of legitimate voices from national discourse, that their days of impunity are over.

“We hope that the Nigerian judicial system will show itself to be strong, virile and independent as this case makes it way through the courts. Nigeria MUST progress.”