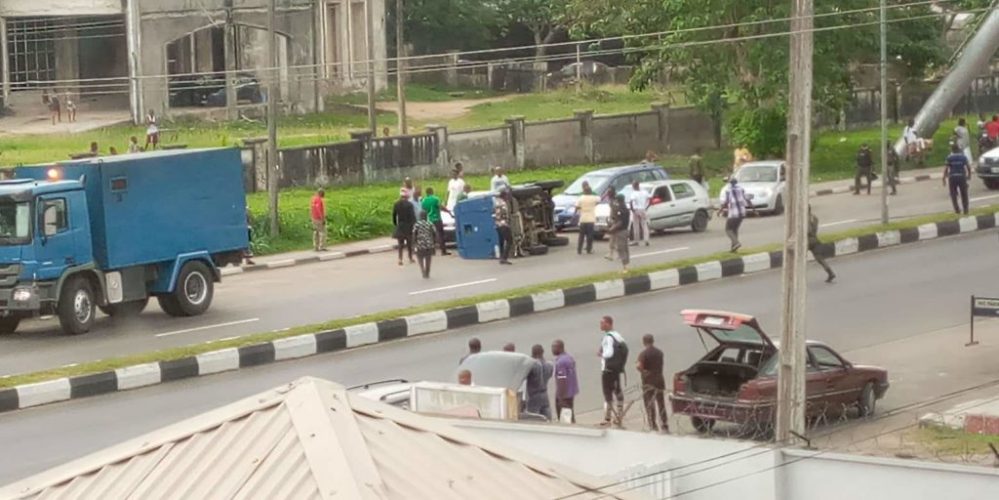 It was gathered that the incident happened close to the Zenith Bank section of the Highway as the armoured tank driver carrying a batch of police officers, usually driving at high speed tried to prevent a salon car which was attempting to overtake the convoy to continue in their path.

In the attempt to prevent the salon car, the armored vehicle crashed on the road. No casualty was recorded in the incident which caused a traffic gridlock in the area.